A boy does not become a man until he buries his father, or so the saying goes. So it was that I become a man on the 24th of April at the age of 46. The funeral re-introduced me to faces I haven’t seen in a very long time, a brief return to a life that once was in the process of considering one that had come to an end.

A weekend later, I camped on Carn Mor Dearg in the shadow of the big bad Ben, for my own ceremony of sorts. Being below the towering inscrutable face seem appropriate somehow. 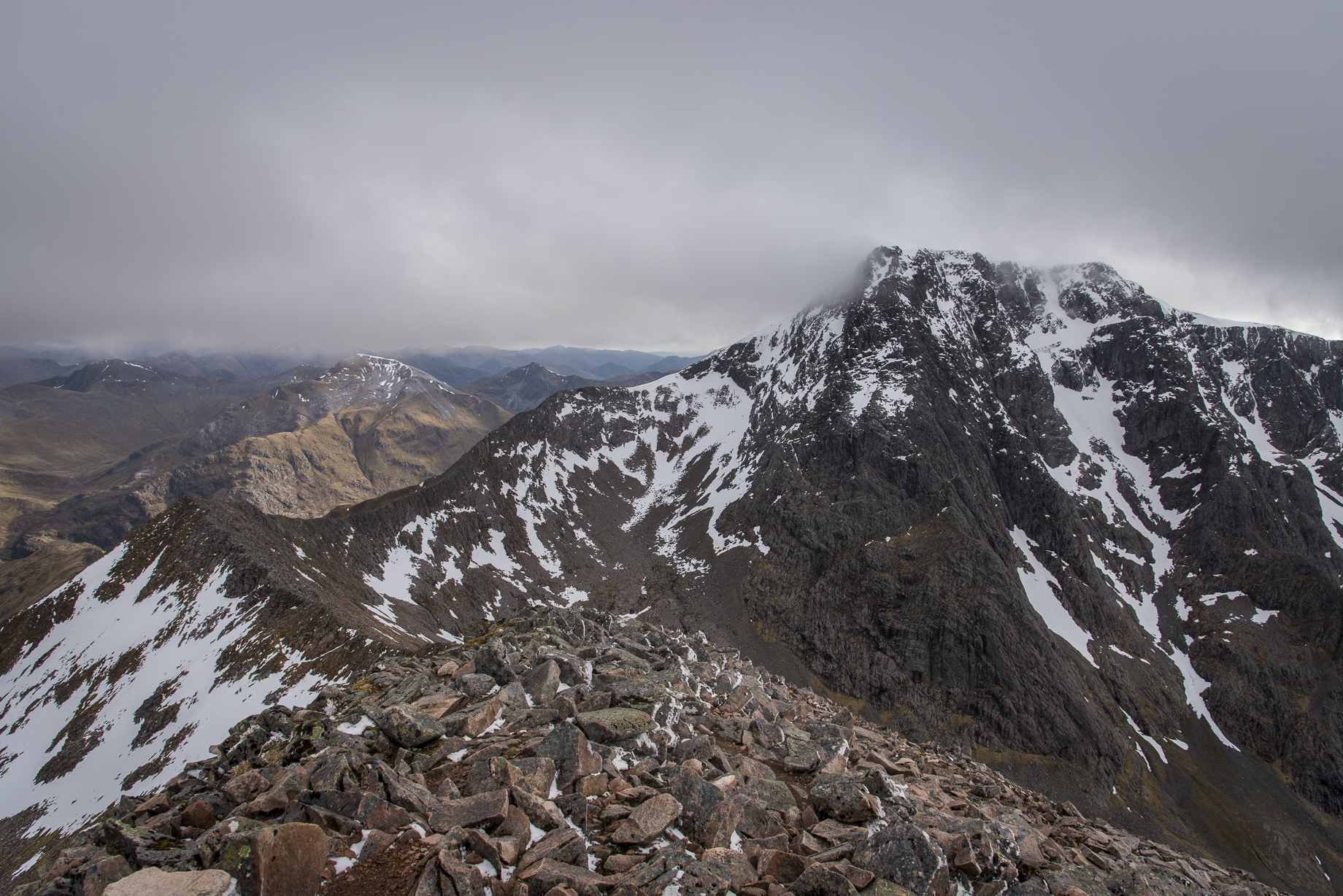 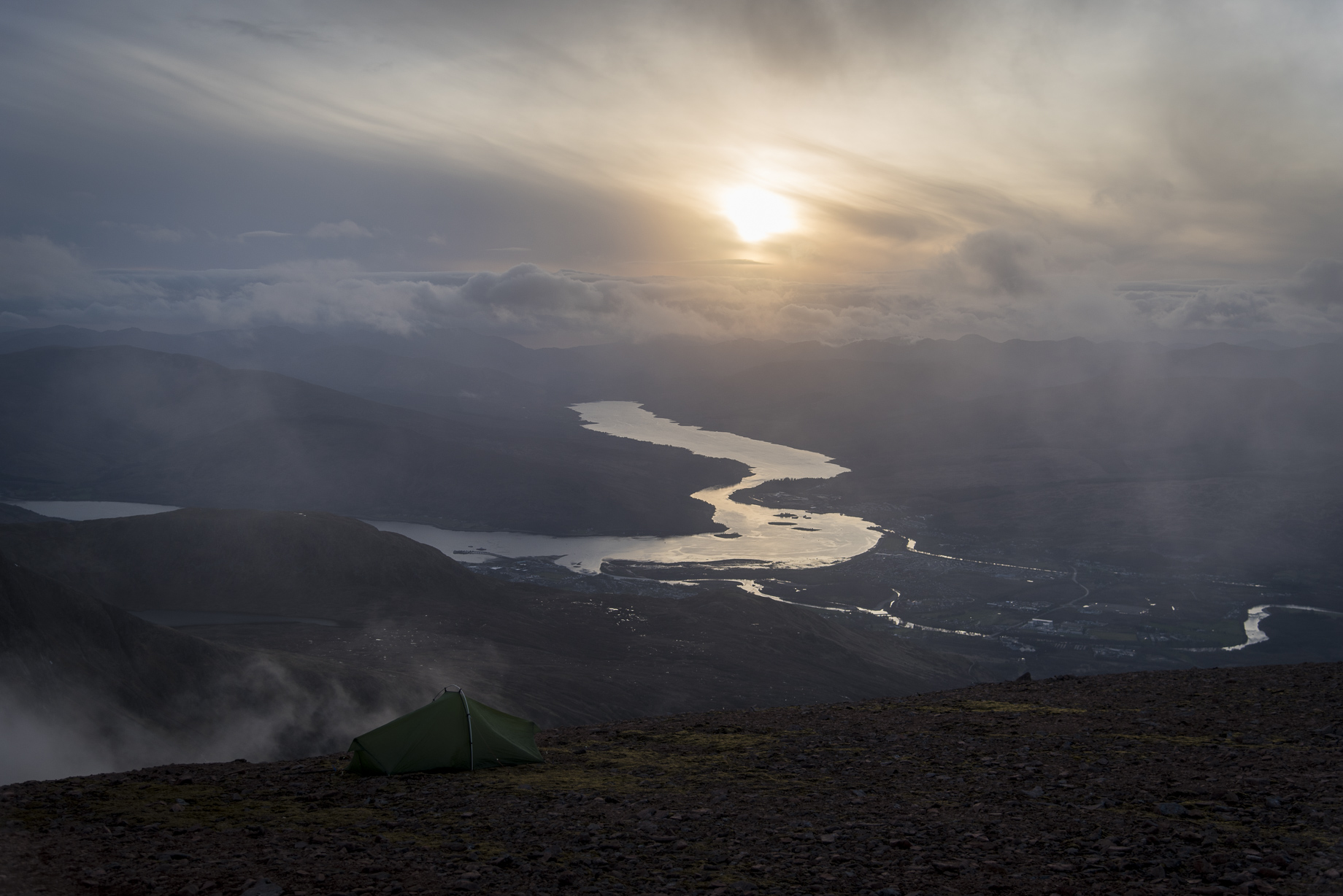