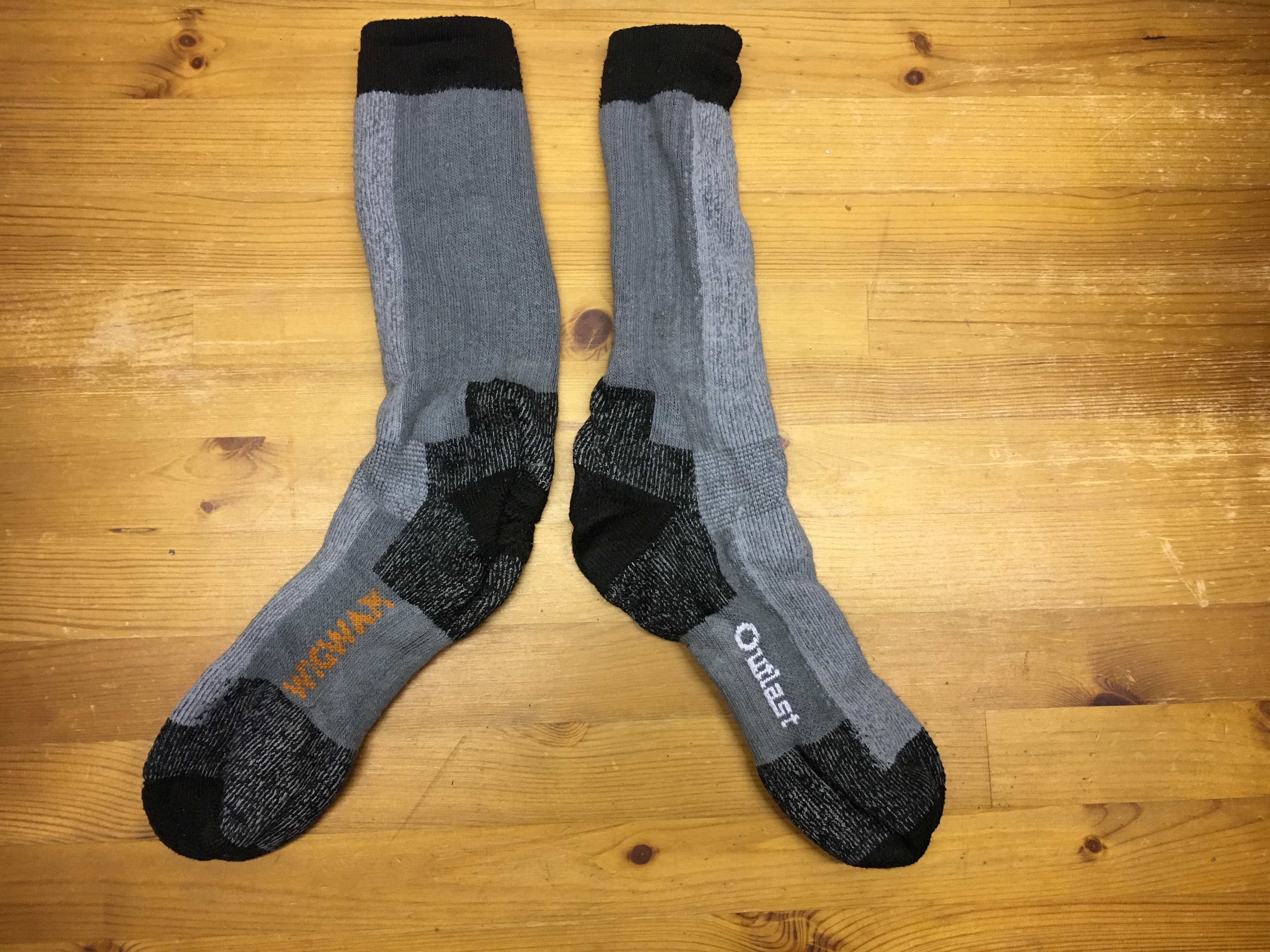 Lets face it: socks are dull, really dull. No-one talks about socks, they’re just not a conversation topic of choice. Even when gear freaks get together, you don’t hear anyone say “I got a great pair of socks the other day” which is a shame. They are the most underappreciated piece of outdoor apparel. Socks are, in my not so humble opinion, our most inexhaustible source of comfort, capable of both making a day in the mountains and ruining it. If Albus Dumbledore was a mountaineer, he might well have said that.

There’s loads of snow on the hills and the Siberian airflow known as the beast from the East is coming  so I think it’s time I mentioned my favourite winter socks, if only to broach a subject so often neglected.

These are Wigwam Weather Warriors and you can’t buy them any more.  Ah.

Well I say you can’t get them any more, but the bit was was missing was that you’ll not find them under that name. Weather Warrior is such an aggressive no-nonsense title, what are they called now I hear you ask? The Graupel Grappler? The Powder Puncher? The Snow Slayer? Well maybe not that last one. No, the fine people at Wigwam, who are wise and know many things about keeping feet happy, have hidden them under a totally different category. Look upon it as a treasure hunt for your foot comfort.

They are now known as the Wigwam Rubber Boot sock. Yup, that’s right. I assume the target demographic is either the wax jacket and welly wearers or the people with a gimp suit in the cupboard. In many cases they may be the same people, who am I to judge? The upshot of it all is that these fearsome weapons of winter mountaineering splendidness are now hidden away where you won’t be looking. Good thing I’m here eh?

They are warm, long enough to stop rubbing on the shins when wearing big boots and using crampons, super cushioned and with excellent moisture management. They survive washing really well and dry quickly, I can tramp through the snow all day, set up camp, stuff them in my bag and they’ll be dry in the morning to put on and do it all again too. Short version: If there’s snow on the ground, I’ll be wearing these.

Just remember to whisper the name in the gear shop so you don’t ruin your mountain cred.

Caroline
Socks - well I have tried lots and only get on with 3 types now, I suffer with blisters quite a bit which has Limited my choices now. I don't get on with Bridgedales, blister hell for me, summer/winter socks all of bridgedale. My No.1 sock I get on with Regatta Blister socks - fantastic, no matter what I do, how long I walk/trek/mountain, I have never had a blister anywhere on my feet, I've had some very hot spots, but no blisters even after 13 hours on my feet. They are double skinned and confortable, for mid temp socks I use Regatta coolmax, good general sock. For summer walking I use double skinned American Feetures socks, they were designed for runners and blisters. I also use these for cycling and are very comfortable and cooling - I get hot feet. I also have a pair of sealskin waterproof knee high socks, very sweaty and no good for hiking, only good for heavy rain cycling in winter. Price wise, Regatta blister rrp £10-12 per pair (I buy them in the sale online £5-6), Regatta coolmax rrp £7-8, feetures on Amazon various types trainer sock rep£7-9, normal sock length rrp £12-15, bridgedale £15+, Sealskins waterproof knee high £25-30 Well that's my info on socks :) and what I use through experience.
Cameron
Just found this blog and absolutely love it, been looking for something like this for ages. Keep up the great work
Eric
So, Wigwam sells these for roughly US $20 per pair. I will definitely give them a try. Currently I wear the Darn Tough Fully Cushioned hiker socks. But certainly open to trying something new. I do worry that I'll have a tough putting on my "new" Mammut Nordwand Light GTX boots with these on, as those have a rather daff opening for putting them on ones feet.