I’ve been using this tent for ages, it’s long overdue for a write up. This is the MSR Freelite 1. 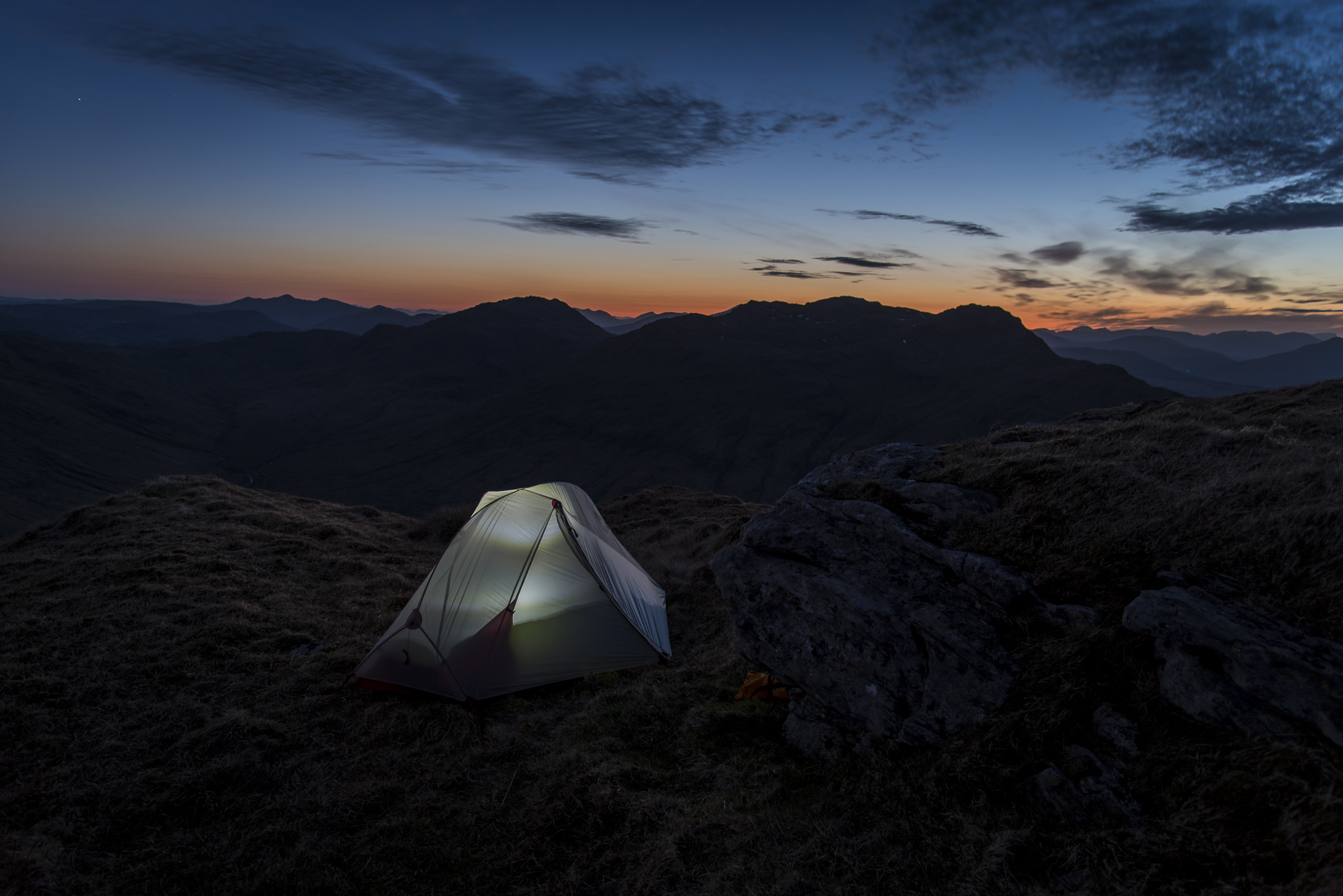 The Freelite is an evolution of the the MSR Hubba really, which is no bad thing. The Hubba is a great tent and the HP version is a winter favorite of mine. I get the impression that the Freelite is the result of someone being chucked a Hubba and told to go make it lighter.

In terms of design, the pole arrangement is simplified, instead of the Hubba’s dual Y pole arrangement, you have a Y pole at the head end of the tent and single pole at the tail. The overhead floating wing pole is still there to help with the width. The inner is mostly mesh, which makes it draughty in windy conditions but does keep it lighter. The bathtub is 15D nylon, which is light. In terms of durability time will tell, but so far so good and as usual I never bother with a footprint. The outer is also 15D Nylon which is 1200mm rated. The end result of these tweaks is a tent which is a Hubba-lite, which is no bad thing.

Specs are specs, what about the real world? Overall performance is good. MSR say it’s freestanding, which it kind of isn’t. I managed to perform a true test of this concept one night on Gairich when I pitched at the summit and discovered I’d forgotten my pegs. The inner has to be pegged out at the narrow end to make it useable, I used walking poles ultimately but I was more or less using body weight as an anchor for the rest of it.  I made it through the night with tent intact, but there was much flapping and annoying rustling to deal with. Interior space is decent, and the porch is pretty spacious, fine for pack and boots and still have room for cooking.

Despite all the mesh, I’ve used it fine in the snow and in breezy conditions and  not been cold, and relished the airflow on hot nights, I had no issues at all with condensation. The lightweight fly fabric seems to let in more light that on other MSR tents too, which can be a bonus in the winter and a curse on short summer nights. Weatherproofing is surprisingly good given the weight of the materials though and I had no problem with stability in strong winds, although I tend to pitch head into the wind. 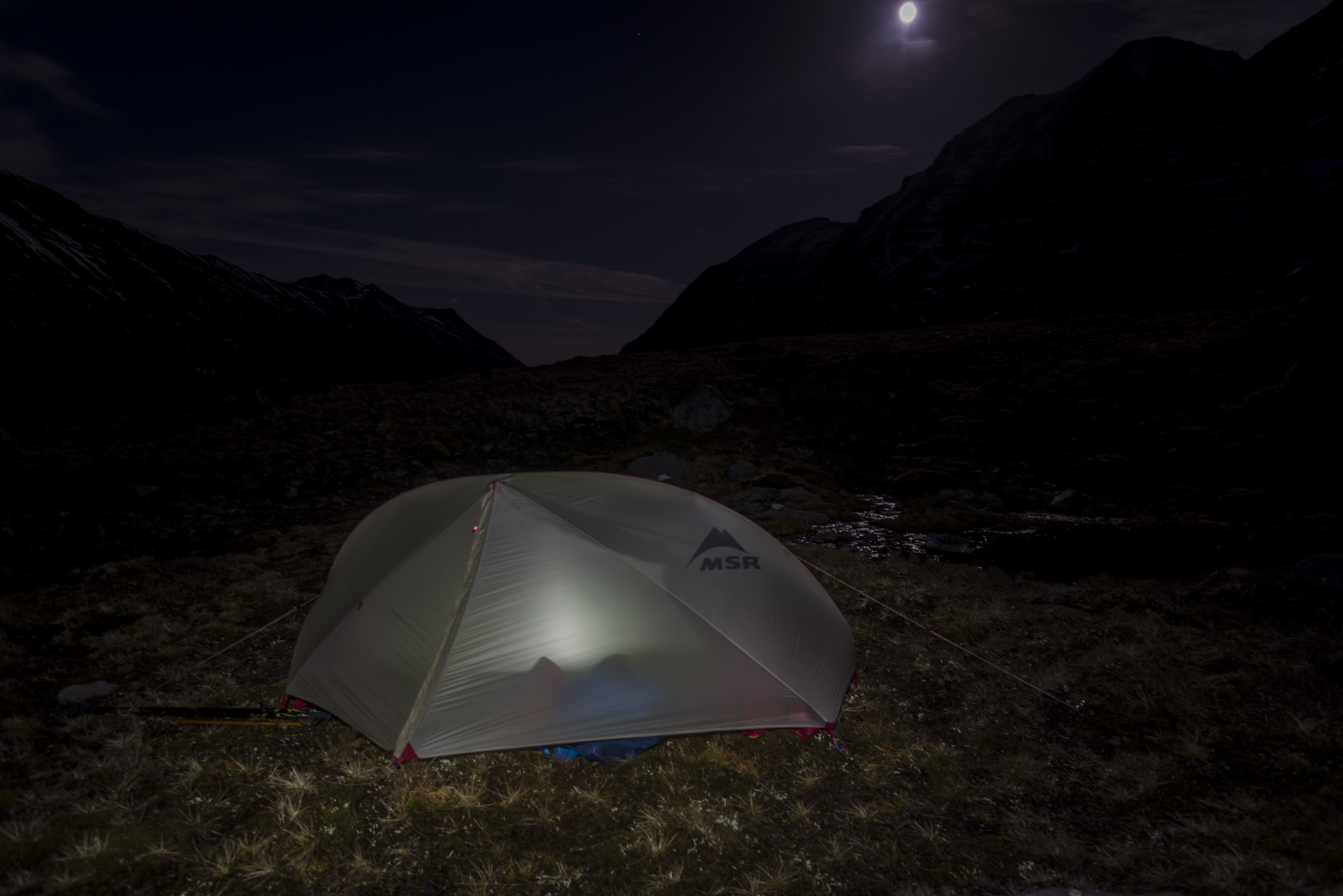 There is a bit more movement at the single pole end in the wind, but not so much to cause a problem. Pitching is something to bear in mind though, with the shape of the poles and the scooped cut of the bathtub it’s mildly important you get the head end in the right place at the first pitch to avoid disappointment. Switching ends in the middle of the night isn’t a showstopper, but it does feel a little less protected if you end up with your head in the single pole position. The only other niggle I have is the door tieback isn’t in a great place so the door flaps like a new dad in the delivery room, it would be nice to have a more tensioned tieback lower down.

Overall I really like the Freelite 1. It’s more or less the sweet spot of weight versus functionality and comfort for me. I have some minor niggles, but it seems to keep finding itself in my pack which is a good indicator. If you’re looking for a lightweight 3 season tent, this should be on your shortlist. 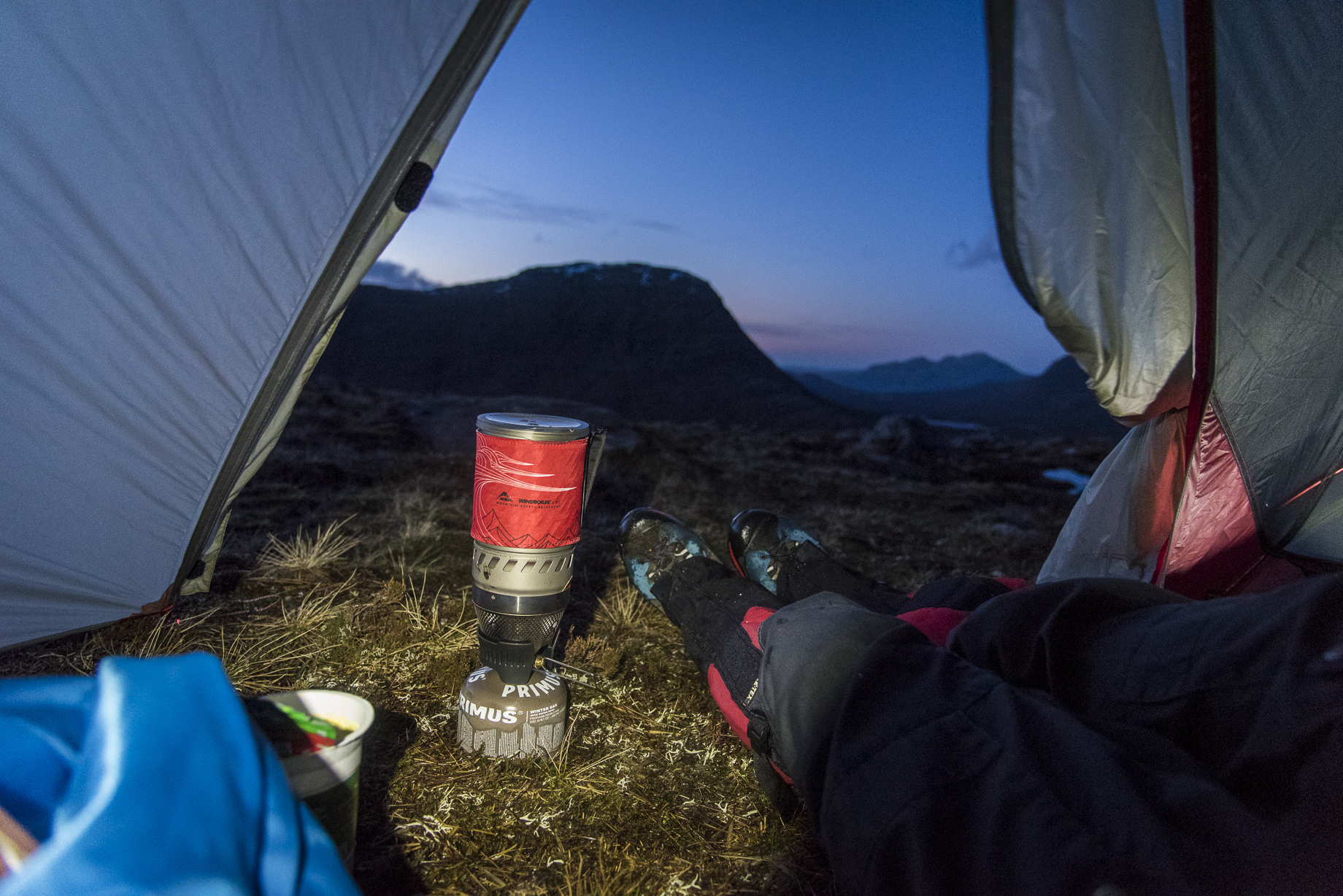 Callum
Hey Thanks for sharing your thoughts on this tent. I’m currently torn between the 2018 version of this tent and the Hubba NX. Which one would you recommend the most, is there a singifcant difference in pack size?
MT
No real difference in pack size. The only downside with the freelite is you have to get the direction of pitch right to avoid having to sleep with your head at the narrow end, but it's not a big issue. The NX has a bit more internal space. You won't go far wrong with either to be honest.
Jon
Hi, I've got one of these and I'm finding it's pretty vulnerable to side wind collapse in changeable gusty conditions. Obviously, it wants to be pitched correctly oriented, but then wind directions can change. I've been fully guyed out with things nice and tight, seemed almost impossible to stop. Anything I'm missing :-) ?