I find that I generally have my best ideas with a beer in my hand. I was sat at the beer festival in Kinbuck with my neighbours John and Jeff and over the fourth beer a plan was hatched. There would be a bothy night and a mountain day. For a long time I’ve been scooting out to the hills, giving the guys next door a cheery wave as I drove past, now it was time to make it a team event.

An early Friday escape from work was made, with only a minor reverse of the route to collect a forgotten jacket, it’s nice to know it’s not just me who does that. The rain was lashing against the windscreen as we tootled through the Trossachs and up the A82, but the forecast was decent and there was more than a whiff of adventure in the air.  The first part of my cunning plan to induct them to the ways of the mountain-goer was a quick swing into the Real Food Cafe on the road up. A large fish and chips later and the weekend was already a winner, we could have bailed at that point and everyone would have gone home happy.  Jeff decreed that they may have been the best fish ‘n’ chips ever, surpassing even the Allanwater cafe. High praise indeed.

We scooted a wee bit further up the road and pulled in at Auchallader and geared up. The bulk of the rain had passed, the forecast was improving and we had beer and whisky in our packs. Alright.We made reasonable time to Gorton and arrived just as it was getting dark enough to fish the torch out of my bag. We had the place to ourselves, which was a surprise. A quick survey revealed an unco sight: someone had recently painted an pentacle on the floor in the back room. Further searching revealed a distinct lack of satanists, warlocks or dancing witches. Disappointing. I got the fire going and the IPA and whisky quickly disappeared. I love to travel the hills on my own, but there are times when a group just makes for a better experience all round and a bothy night is definitely one of those times. There was chat , banter and dare I say craic until we slowly faded along with the fire and crashed out. 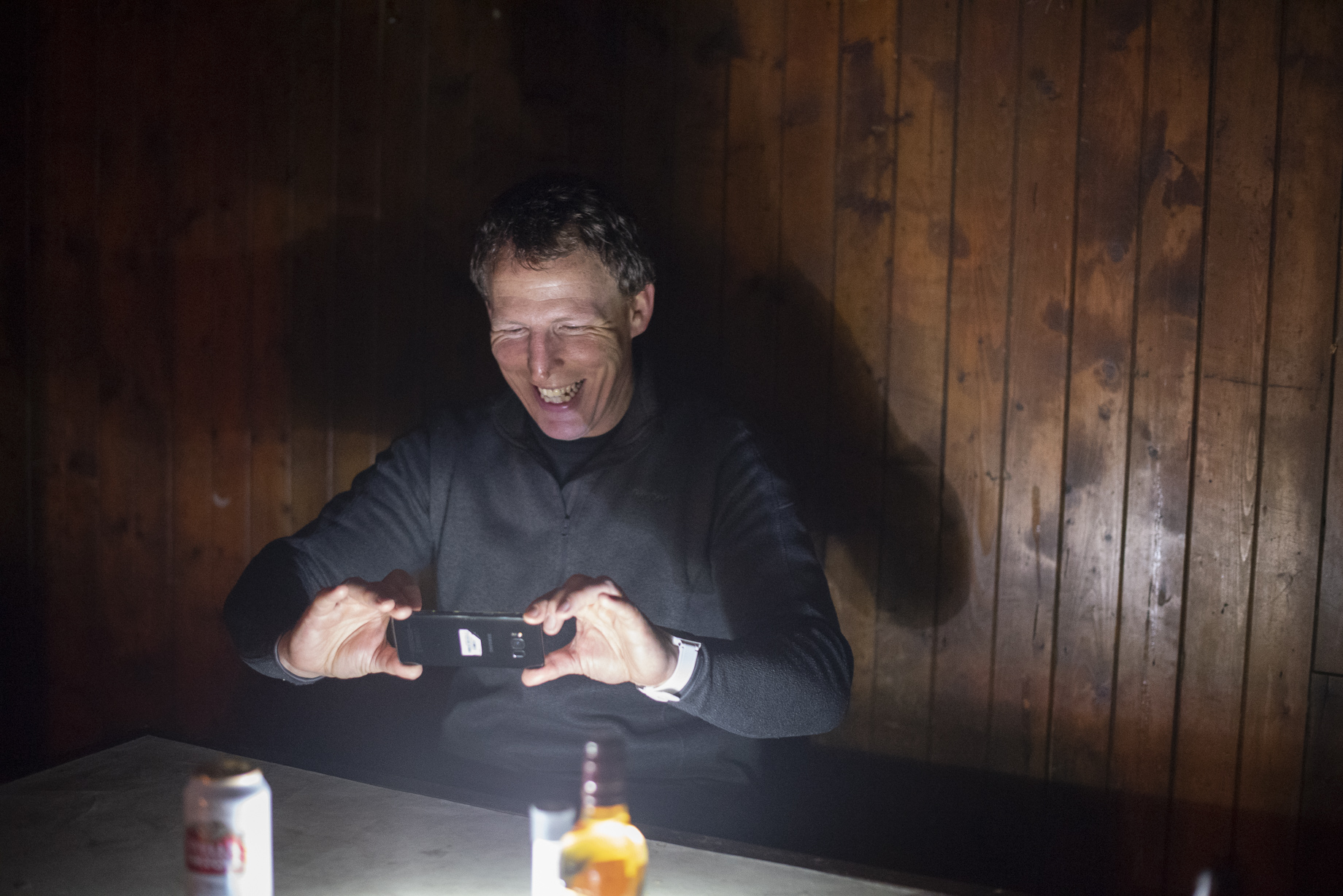 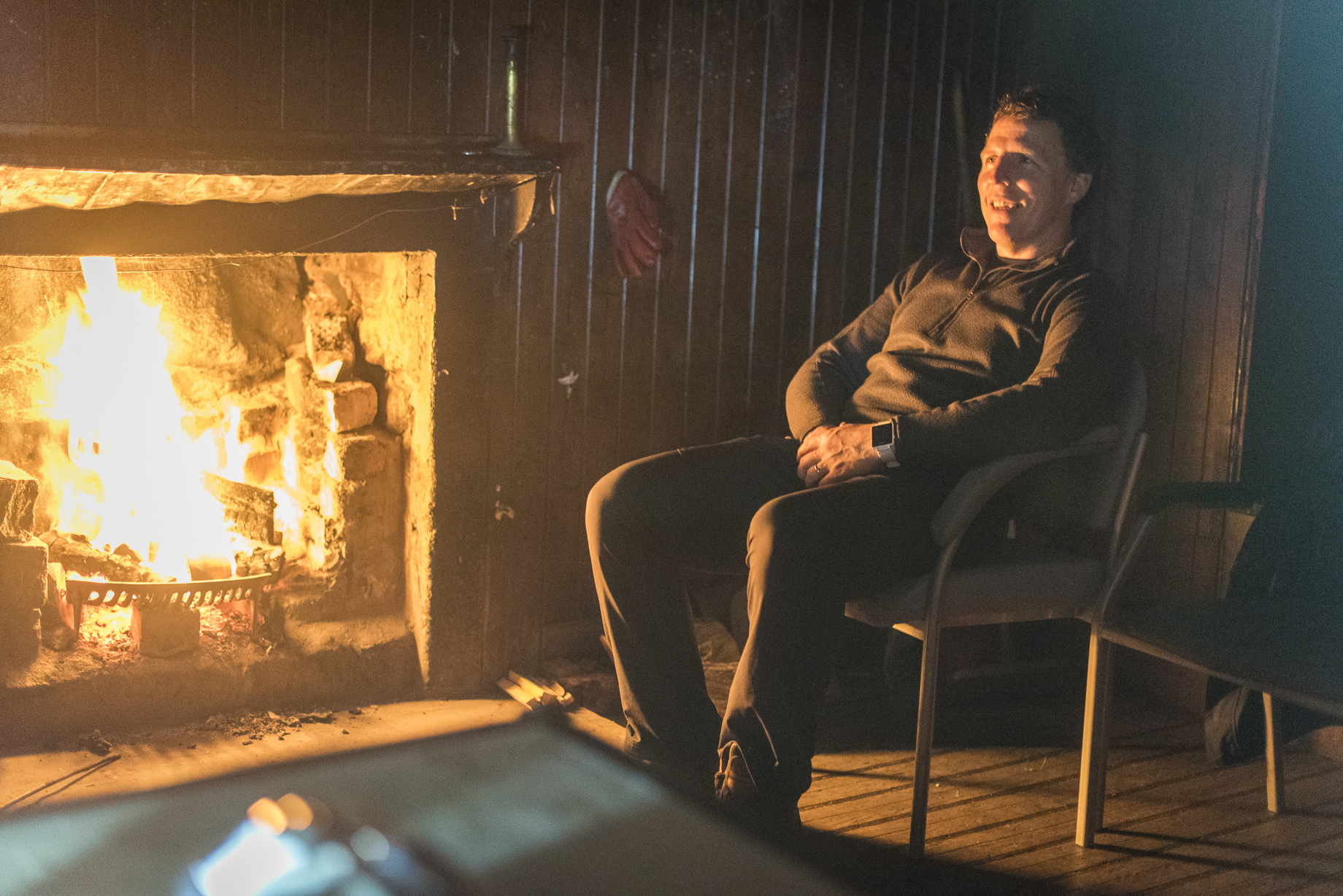 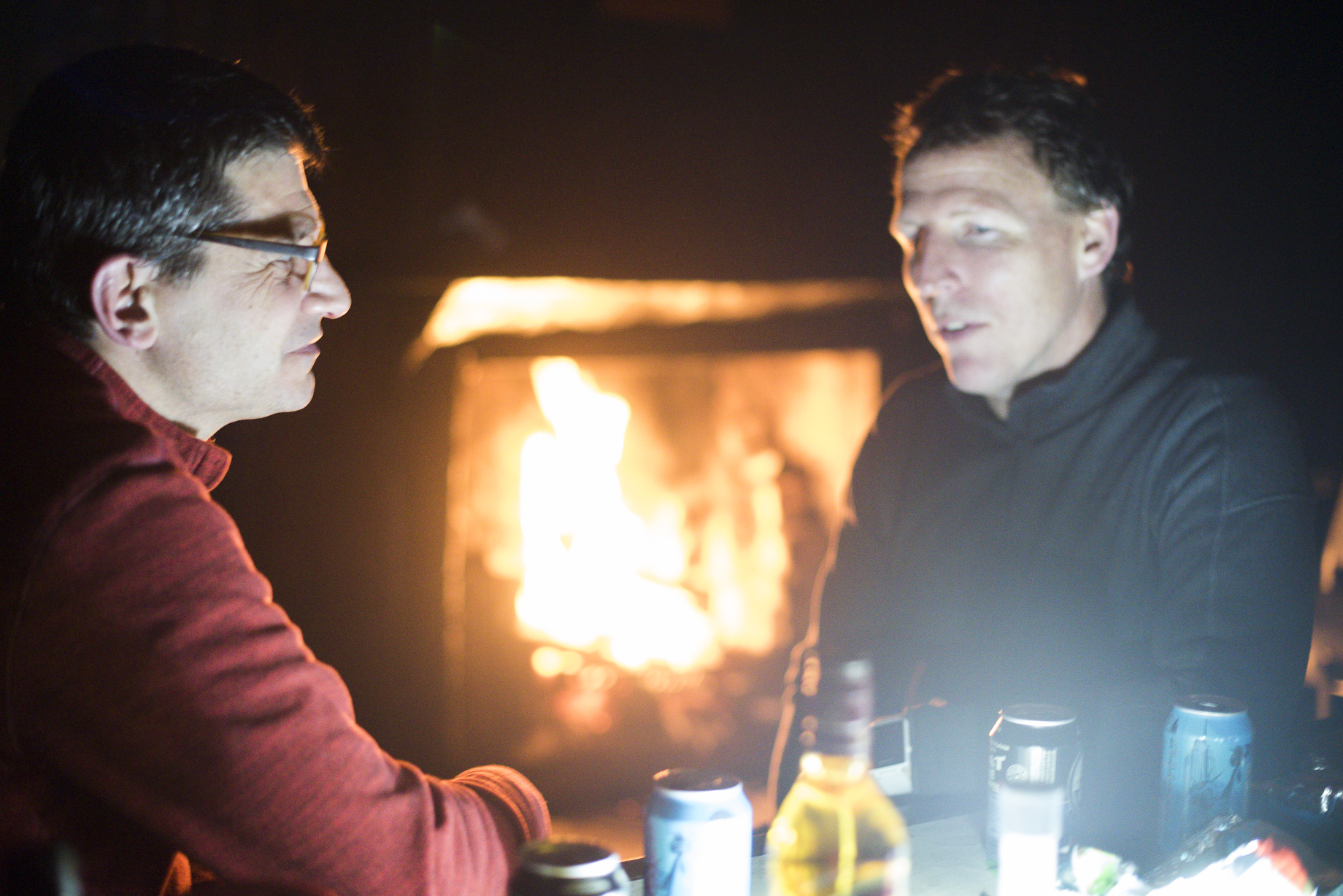 There was a brief interruption to sleep plans as someone clumped into the bothy at around 230am, and went straight into the back room. I had a brief concern that it was the creator of the pentacle, come to make use of us in his sacrifices to bring forth some eldritch horror. After much stomping and rustling, he started snoring with a sound similar to someone trying and failing to start a chainsaw and so our ritualistic murder seemed to be off the agenda which is always a relief.

When morning came it was wall to wall blue sky, a day of great promise. What it mostly promised was sore legs and sunburn, but there was promise none the less. We crossed the Tulla and headed on up the slope and Jeff was surprised by the lack of trail, but quickly figured out that off piste is where the action is. It was warm, but not too hot, and by the time we hit the ridge there was a faint breeze which made it perfect. I love May, it’s generally always Goldilocks weather with minimal midges. If you want to show off Scotland at it’s best, chances are May will be the month to do it. The viz was excellent and we could see for miles in every direction. The Ben and the Grey Corries still had cloudy tops, we had chosen wisely. 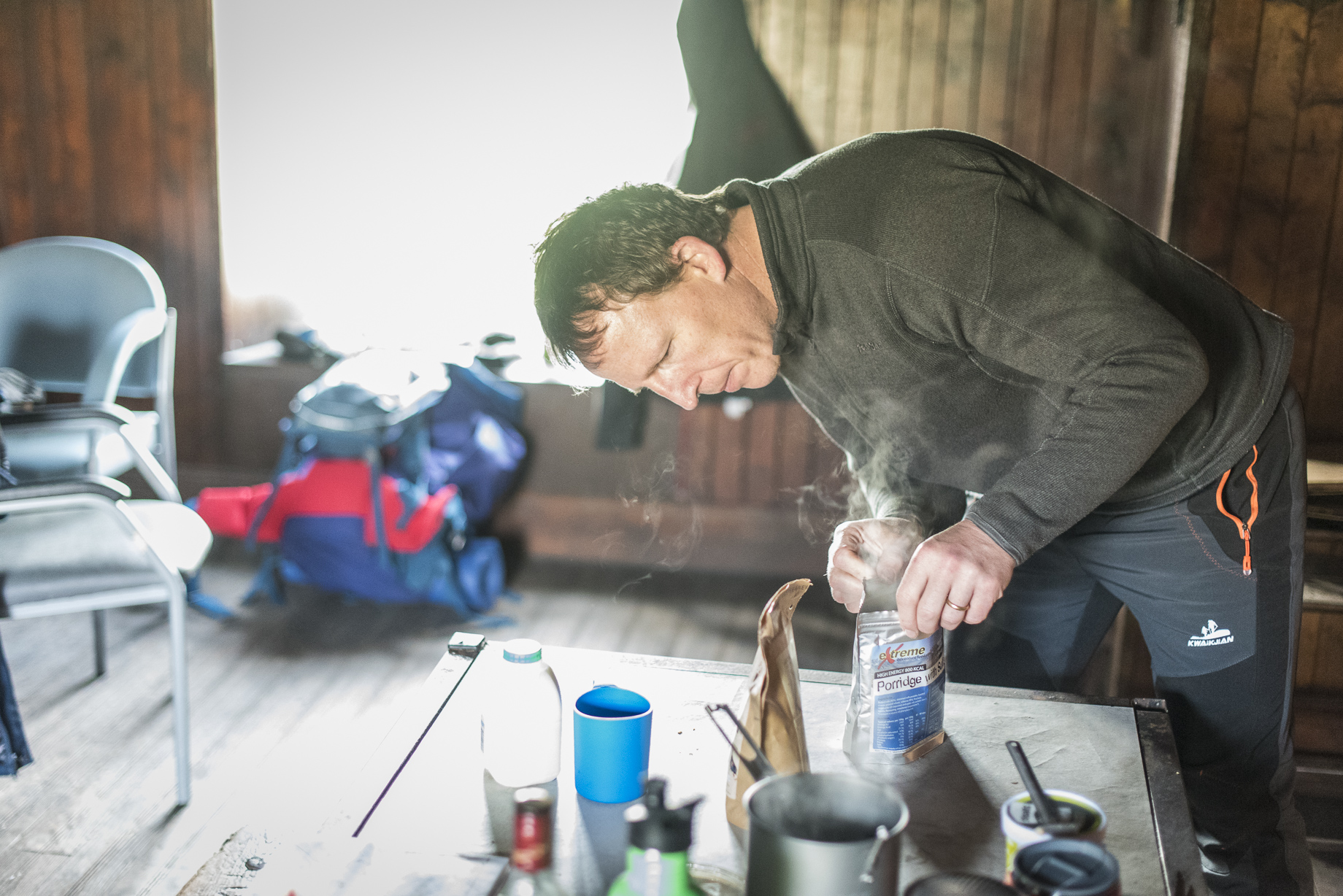 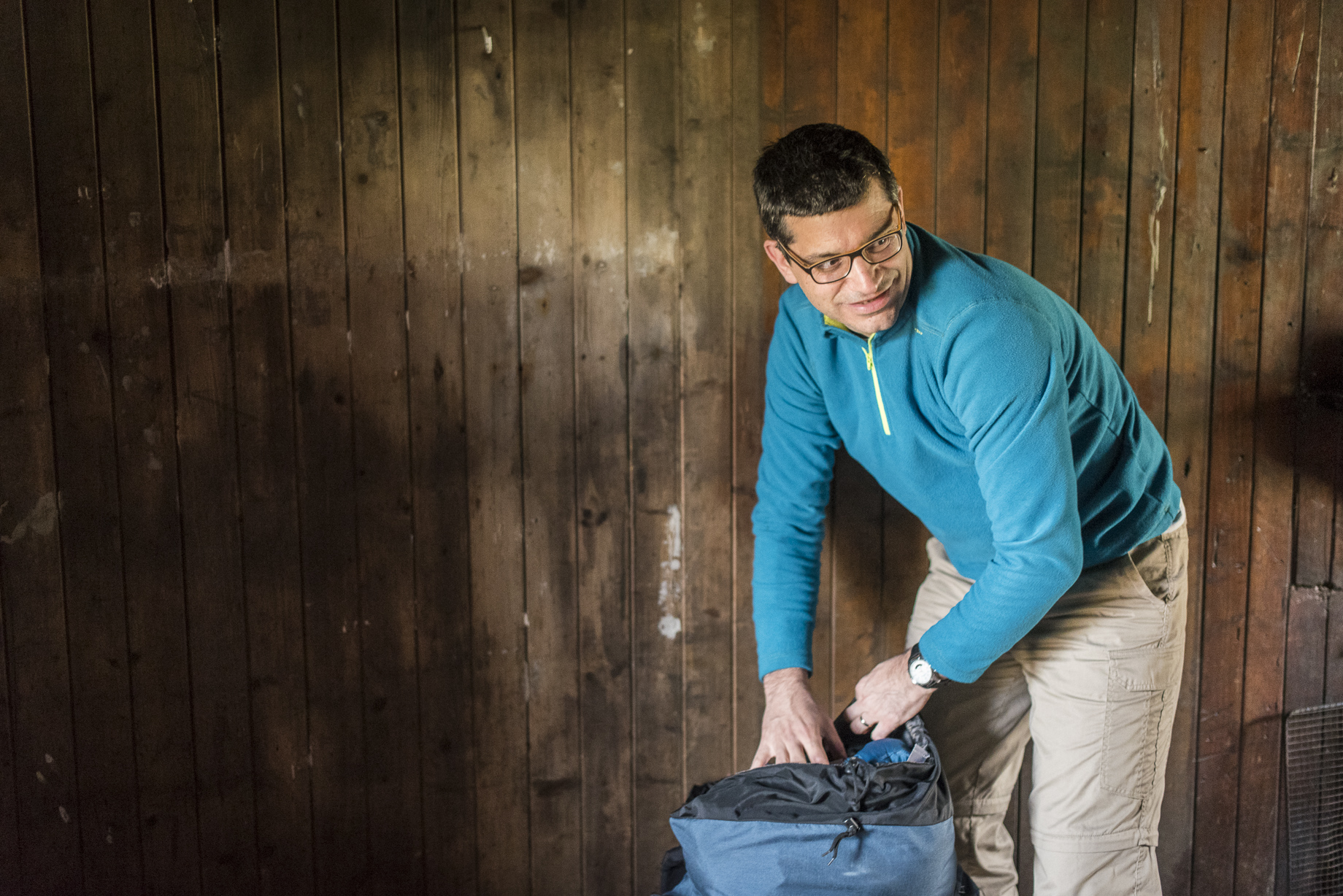 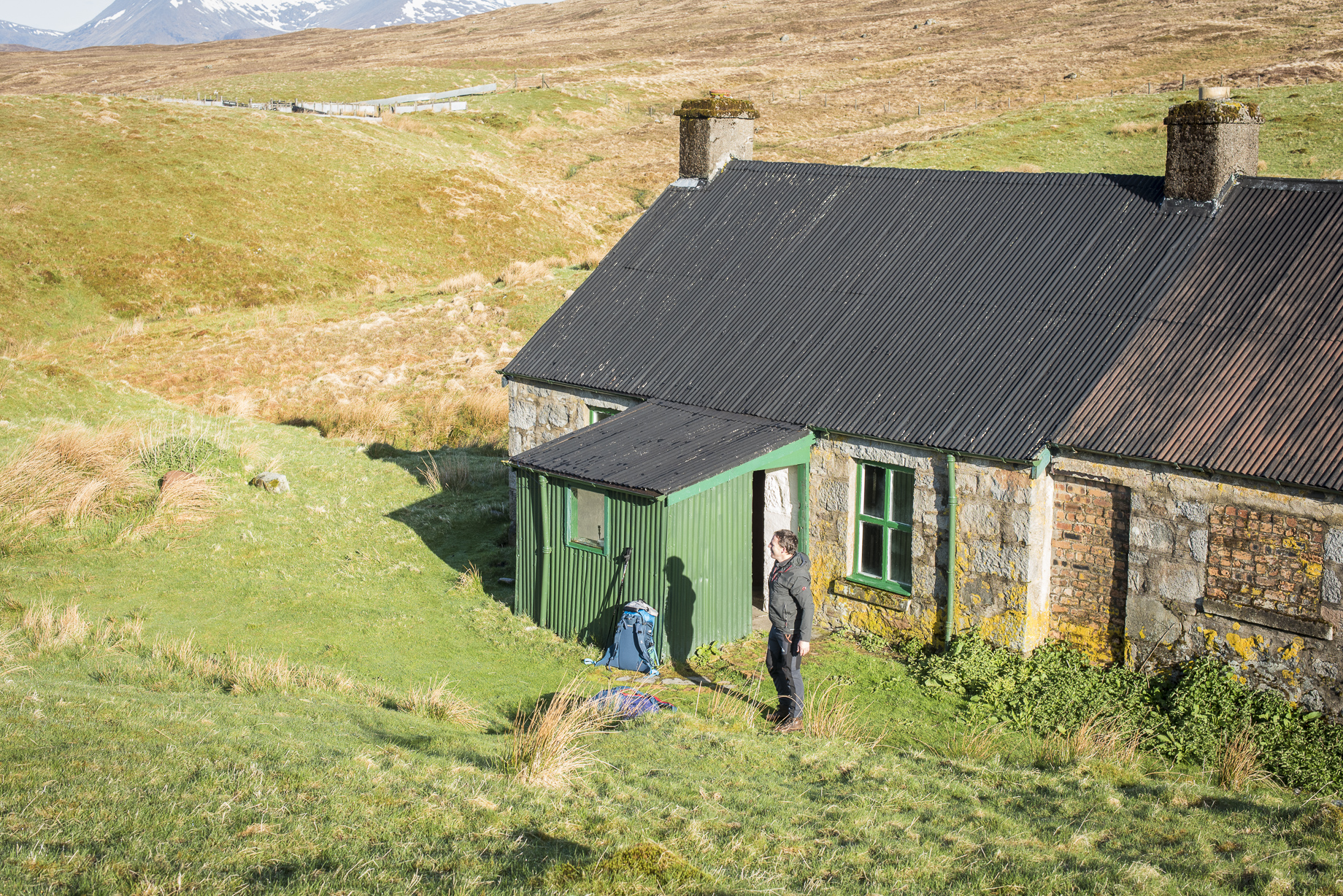 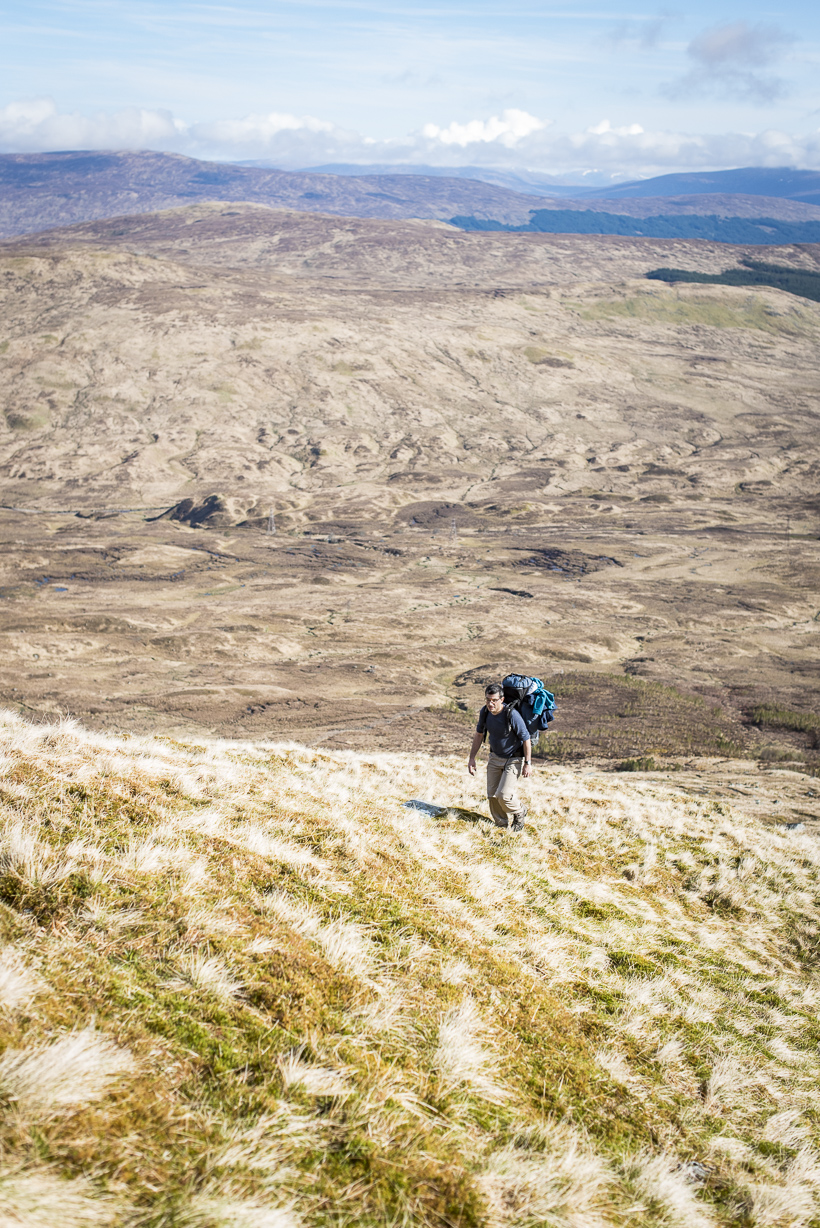 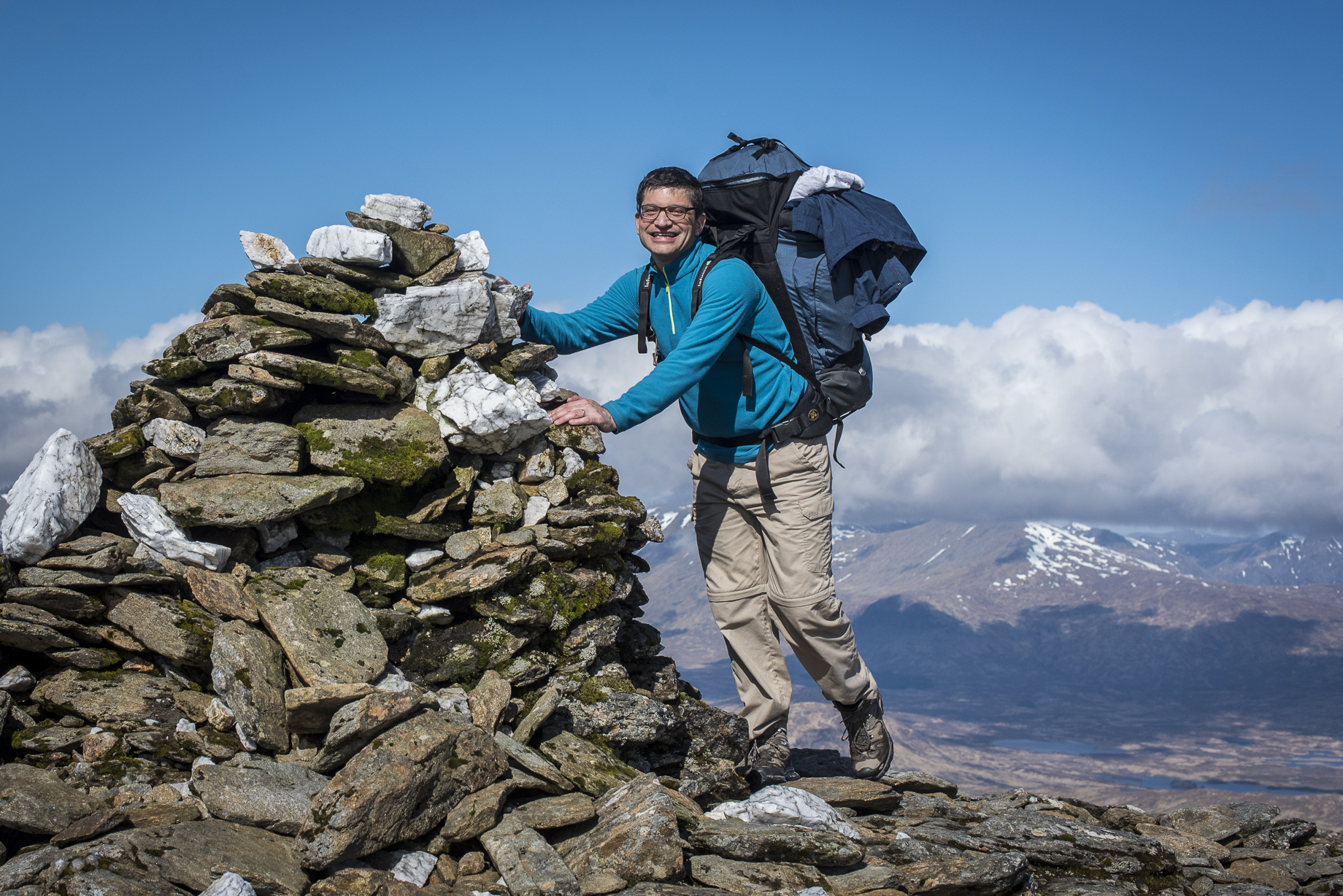 The pull up to Beinn Achaladair slowed things down a bit, the overnight bags starting to take their toll. I think the guys both learned things about lightweight packing that day. Theory is fine, but there’s no better teacher than experience. 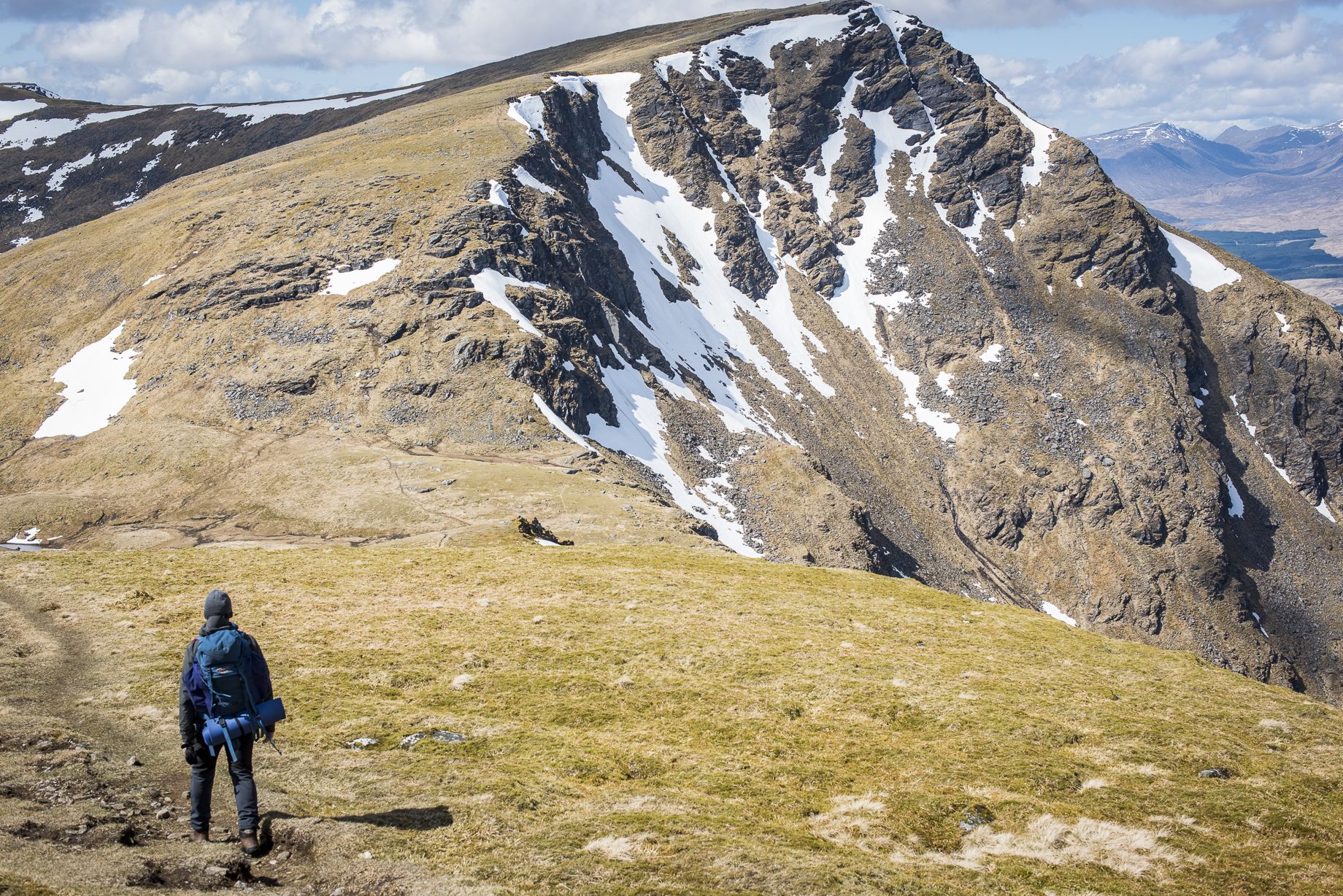 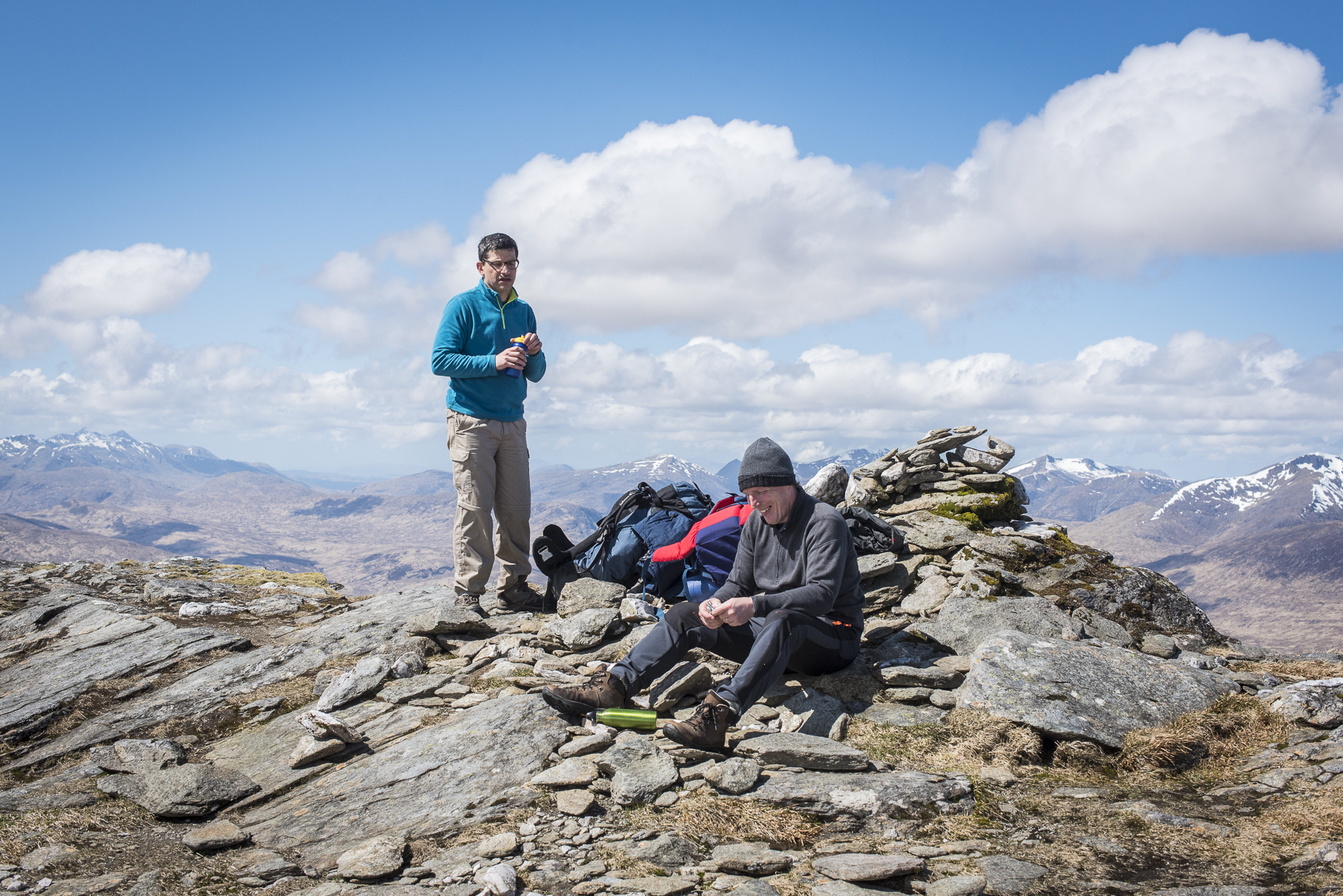 With a quick detour to grab some snow, I introduced them to the delights of a summit brew and we sat on the top for some time sipping coffee and scoffing caramel wafers. The Ben doffed his cloudy cap in our direction. Blue sky, warm but not hot, cuppa in hand, good company and a view as far as the eye can see. Pretty much perfect. 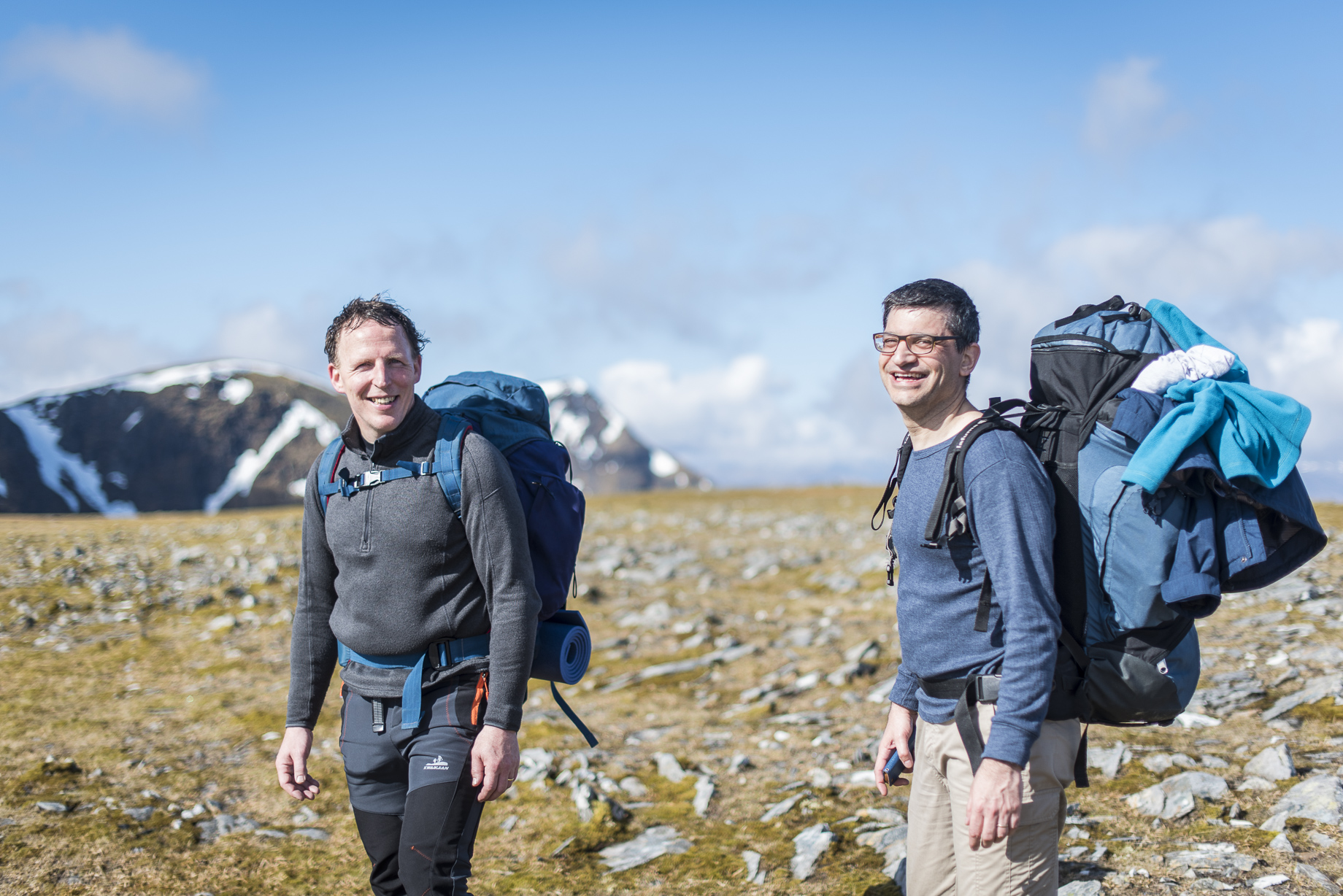 Cams
Fantastic photos! I found your site towards the tail end of last week and it's been very enjoyable so far looking through your posts. I'm over on Arran and just getting myself set up for hiking at the age of 46. It's never too late! I believe I found you when researching MSR tents, one of which I've ended up ordering, the Hubba Hubba NX. I'm planning hikes with my daughter and two dogs. Thanks for your very interesting blog!
MT
You are both wise and kind. Welcome aboard

Prev The next mile
Next Edelrid Bohdi camping lantern review