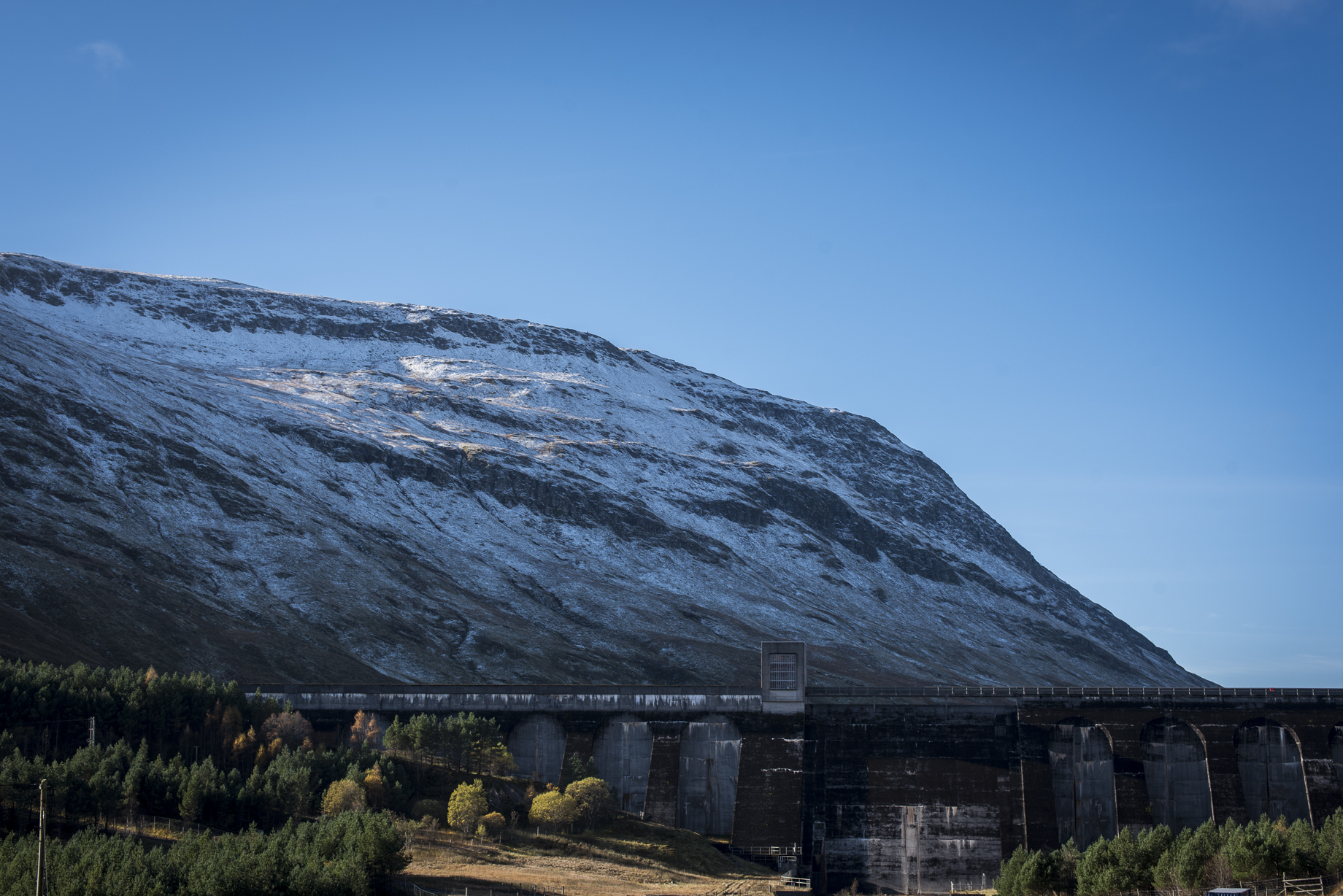 The autumn colours were glorious in Glen Lyon. The contrast against the deep blue sky was striking; the russet brown of the carpet of leaves and needles at the side of the road, the deep orange of the leaves still clinging onto the branches, the bright red of the Honda doing 15mph the whole way across from the Lawers car park, the owner blissfully unaware that passing places can be used for cars behind you as well as in front. I could have done the flashy light grumpy twat thing but it was far too nice a day for that.

I rocked up to dam late and then I was early. It was that time of year again. I hadn’t rolled the clock back on the car, so I arrived around about the same time I set off, time travel for beginners. I had a craving for chocolate milk.

The pack was light when I hauled it out of the boot, it’s not often I find myself daywalking and I was momentarily surprised. It was a fine thing, because like an aging boxer, my legs and lungs are still living off the memory of their feats of the past rather than their recent record which is quite frankly disappointing.

The goal was to find the first snows of the season and it was an easy one to achieve. The trail which is normally like a wee burn had frozen solid and was dusted with a fresh layer of snow. That quickly gave way to deeper pockets of powder in among the tufts of grass. I dug my boot in and paused. Hello old friend, I’ve missed you. 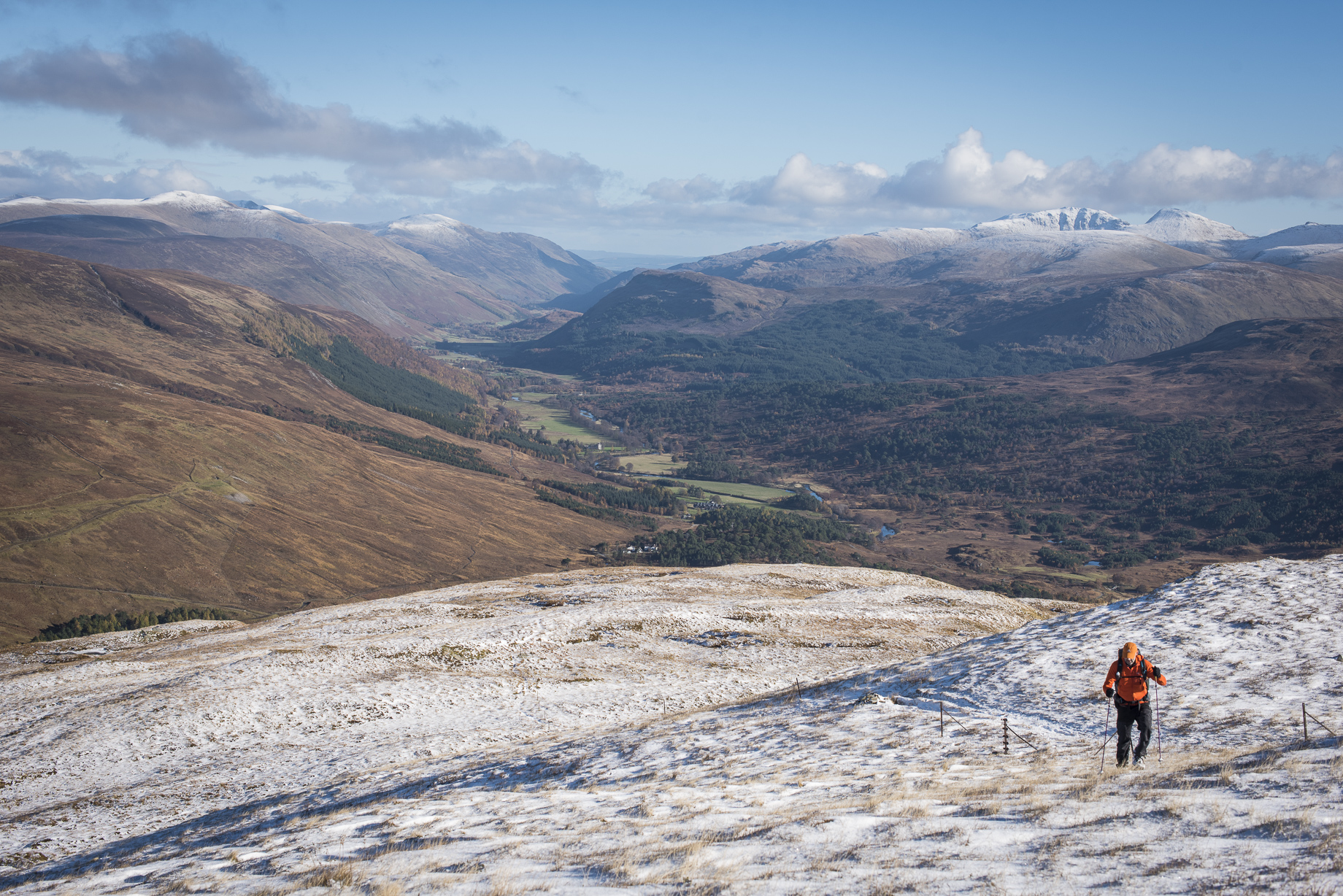 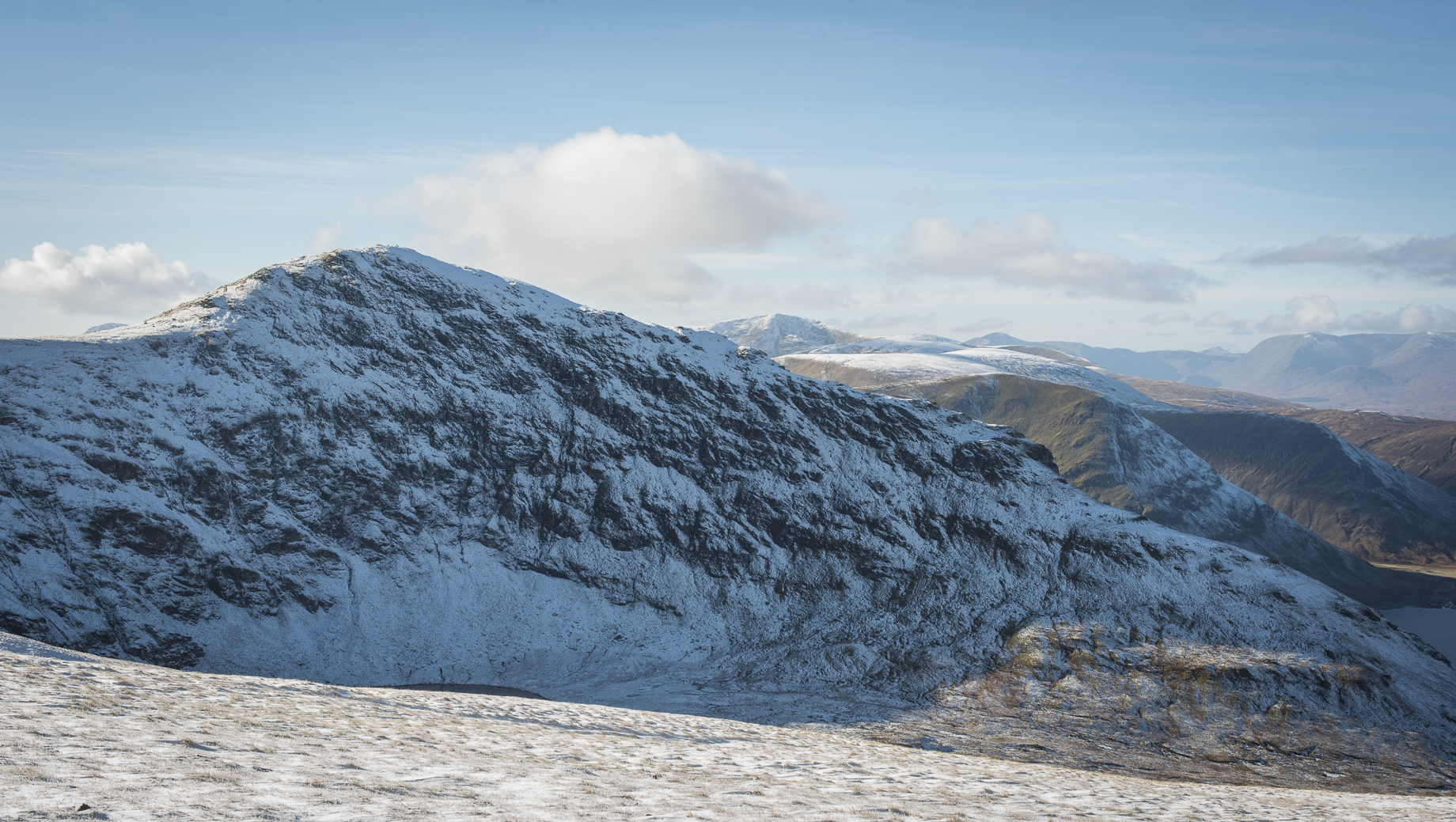 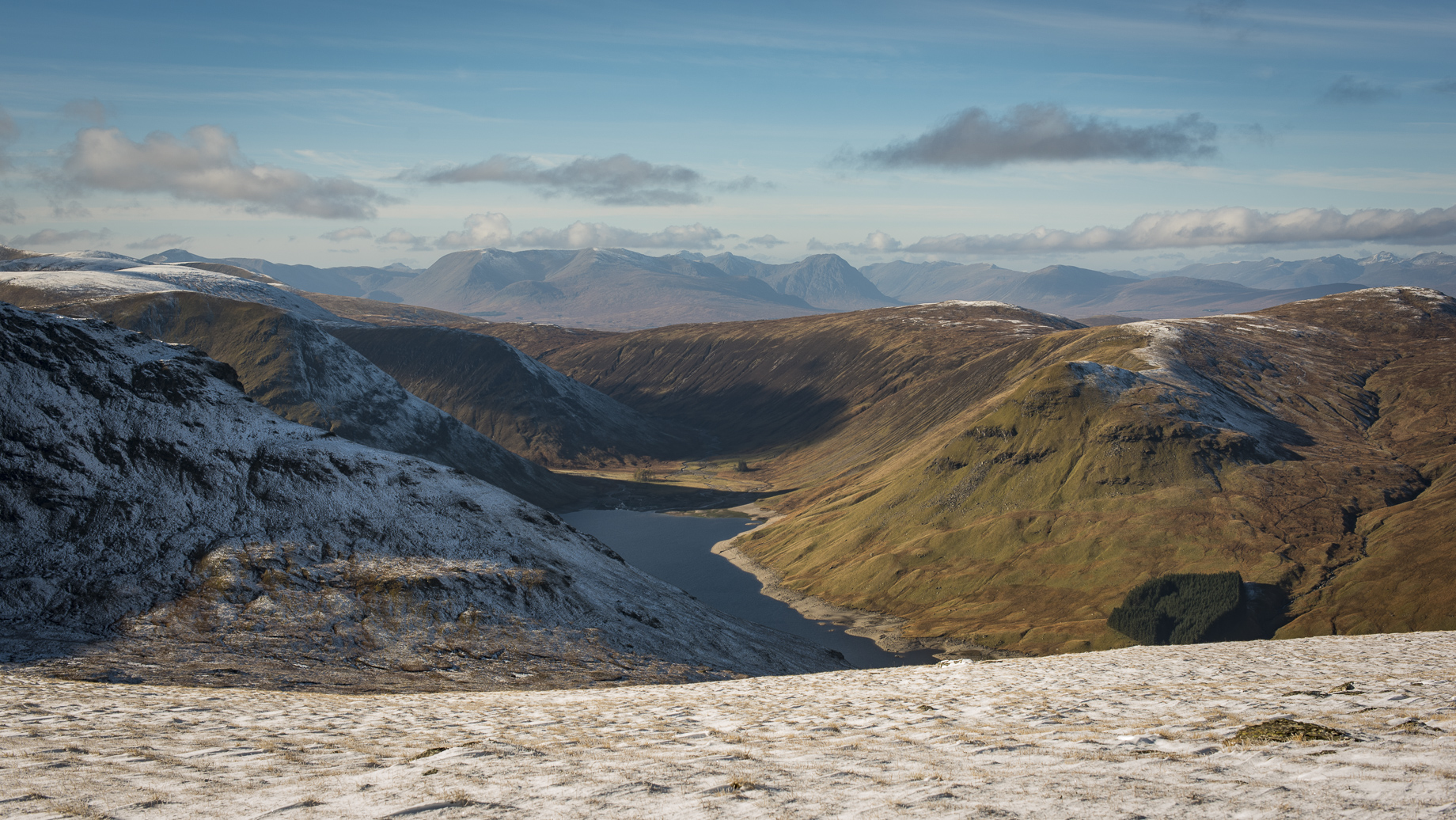 As hills go, Stuchd an lochain is a doddle. There’s nothing difficult at all, it’s not far to walk and you start about a third of the way there. They don’t get much easier. I took my time, taking in the views. The viz was superb, blue skies and snowy peaks as far as I could see. What a start to the season.

The summit arrived quickly and I had the stove out and purring in seconds. The wind had died away and it was still and sunny. I met a chap who had canoed the length of the loch to come up the hill from the other side. Nice day for it. 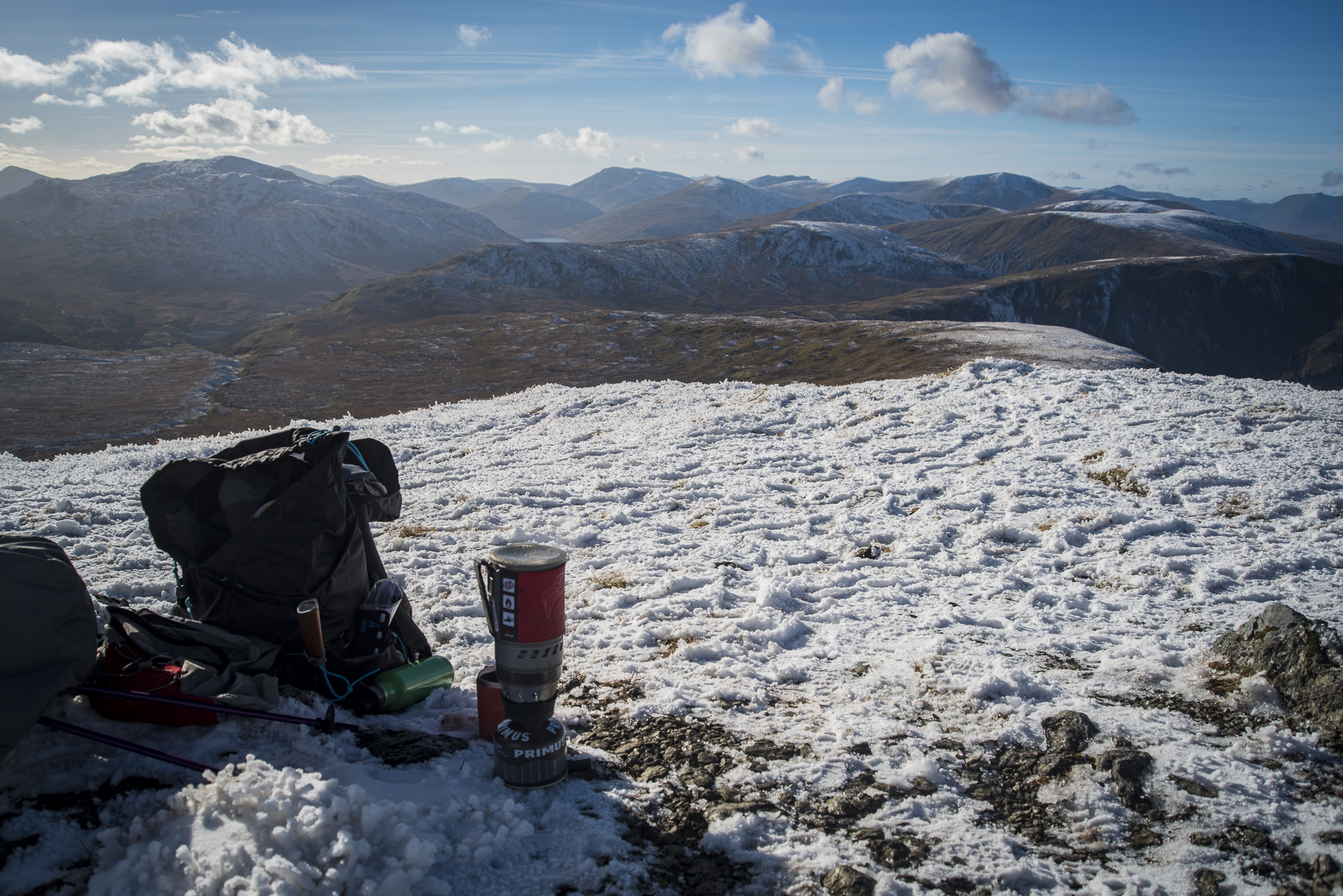 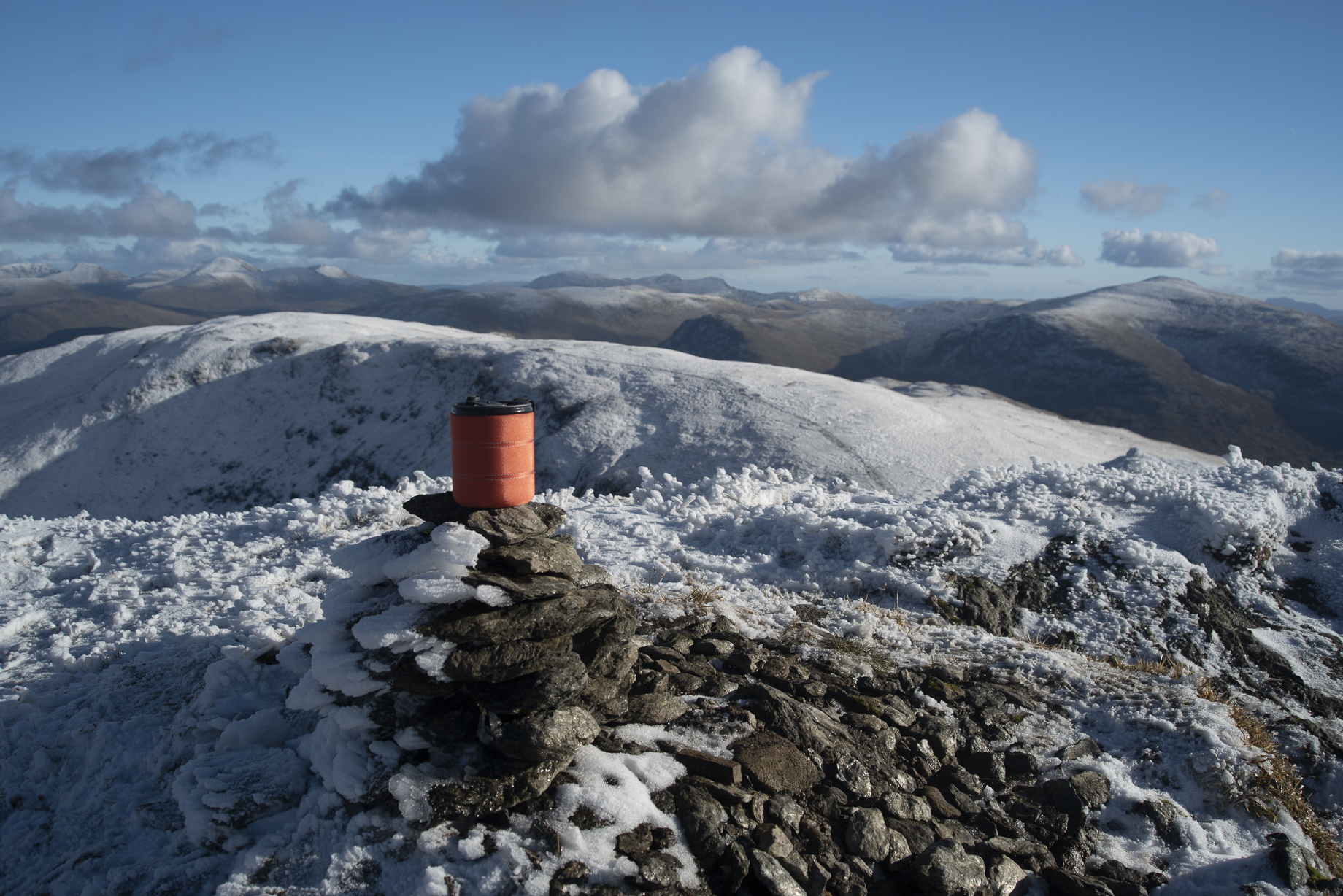 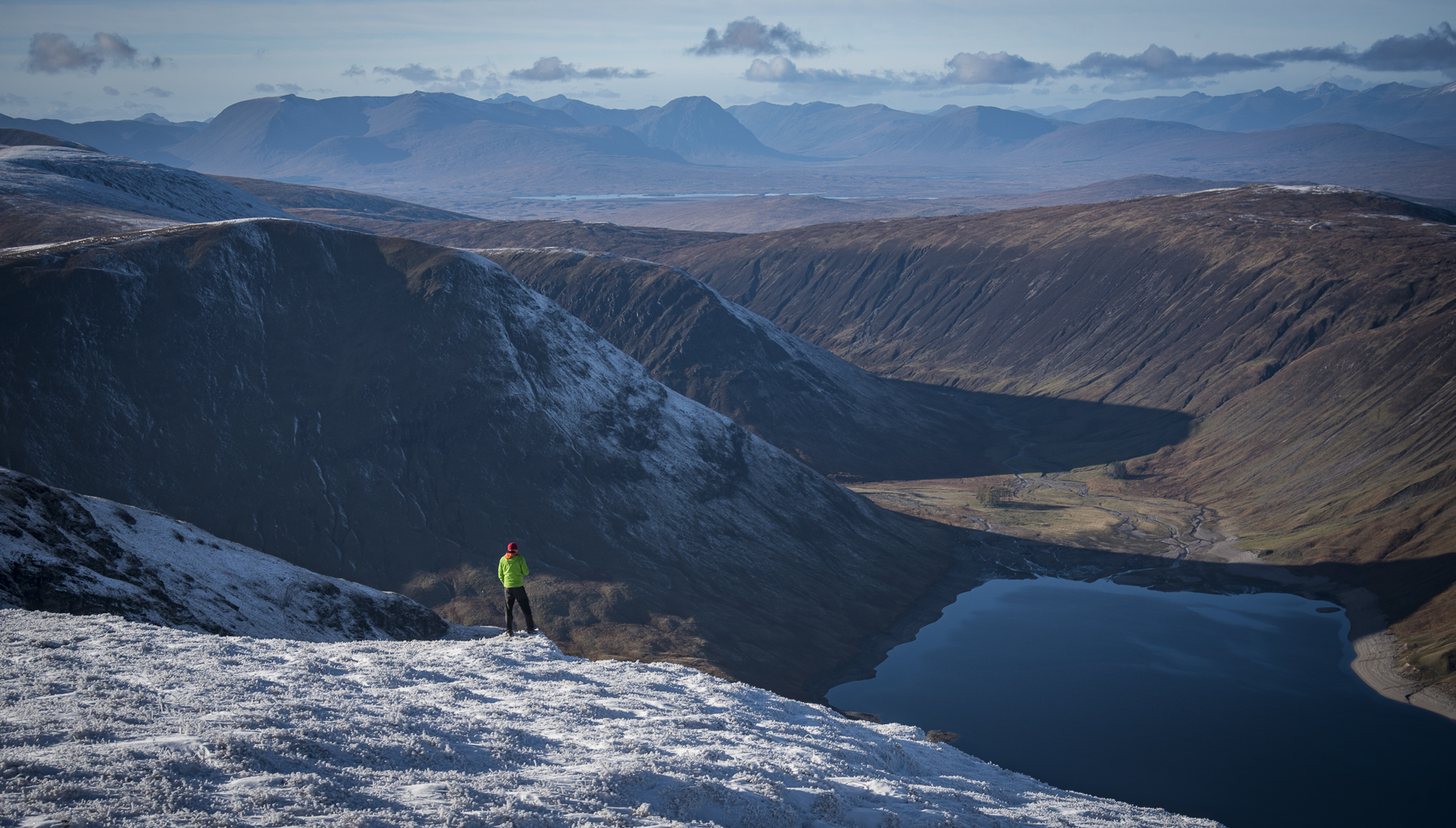 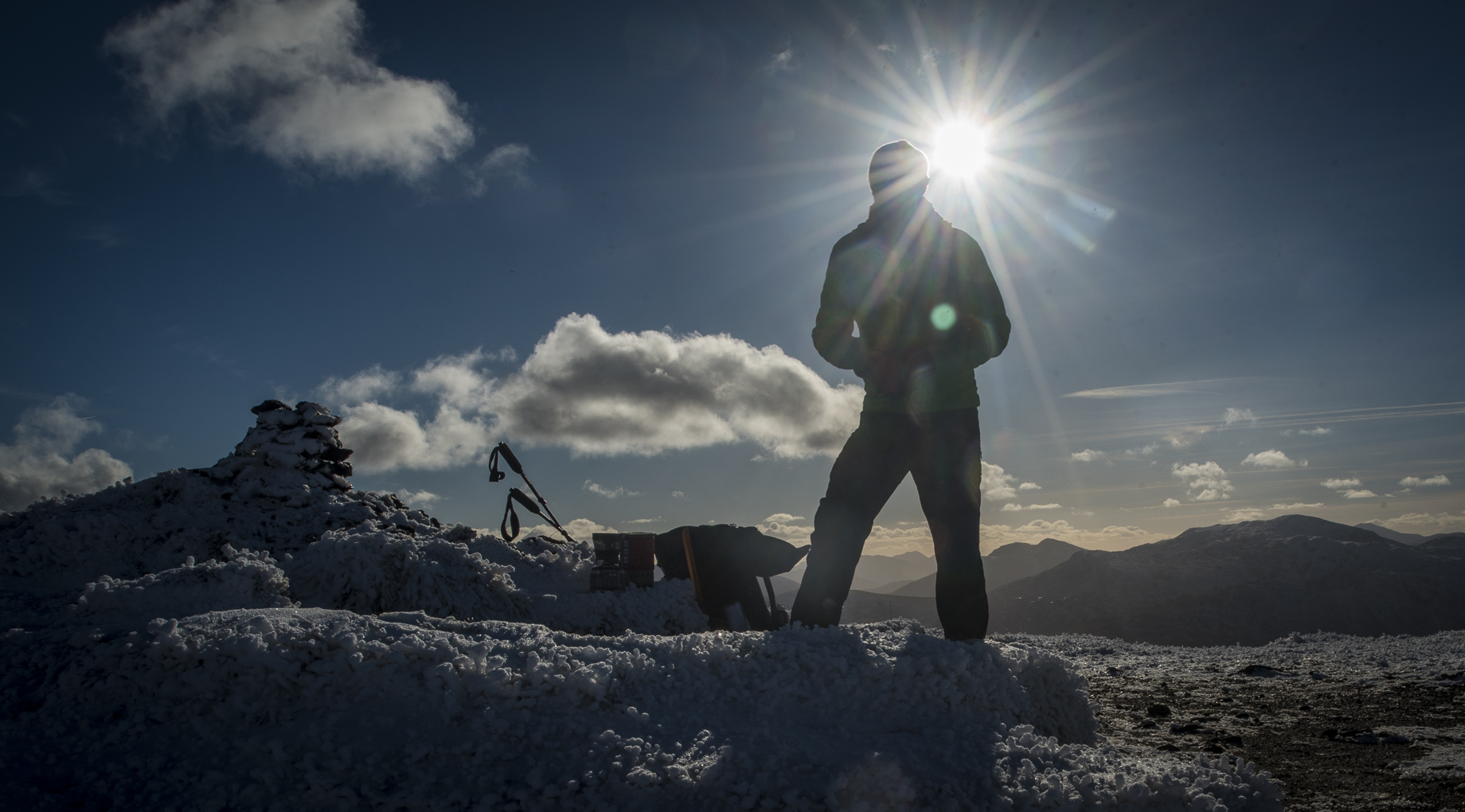 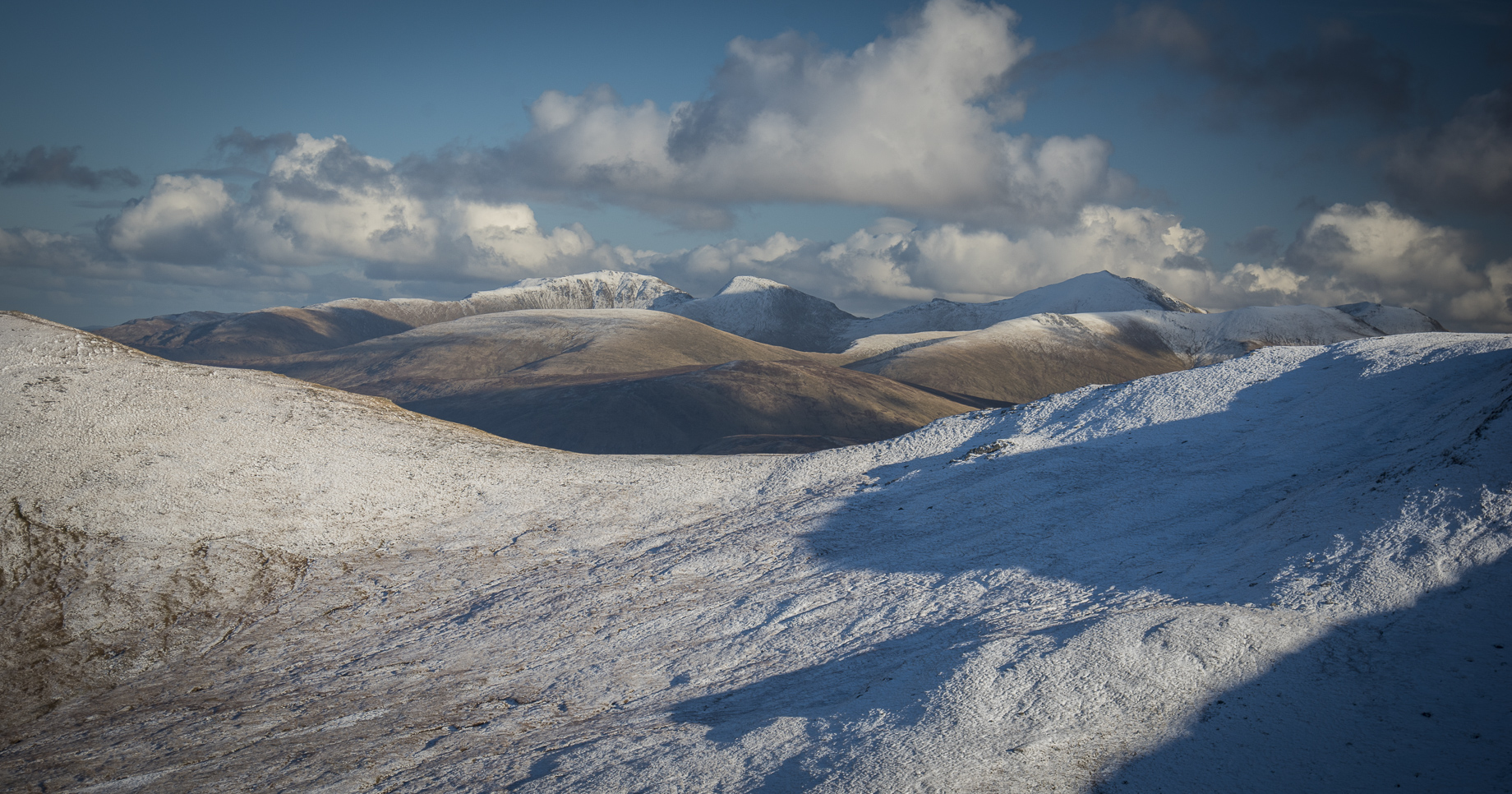 I must have sat there for more than an hour, with multiple cuppas in hand and doing not a lot else. The stresses and dramas of the week melting away, much like those first snows as I sit and write this on a warm and dreich day. The snow will be back though, and so will I, that scraping sound you hear is me sharpening my axes. 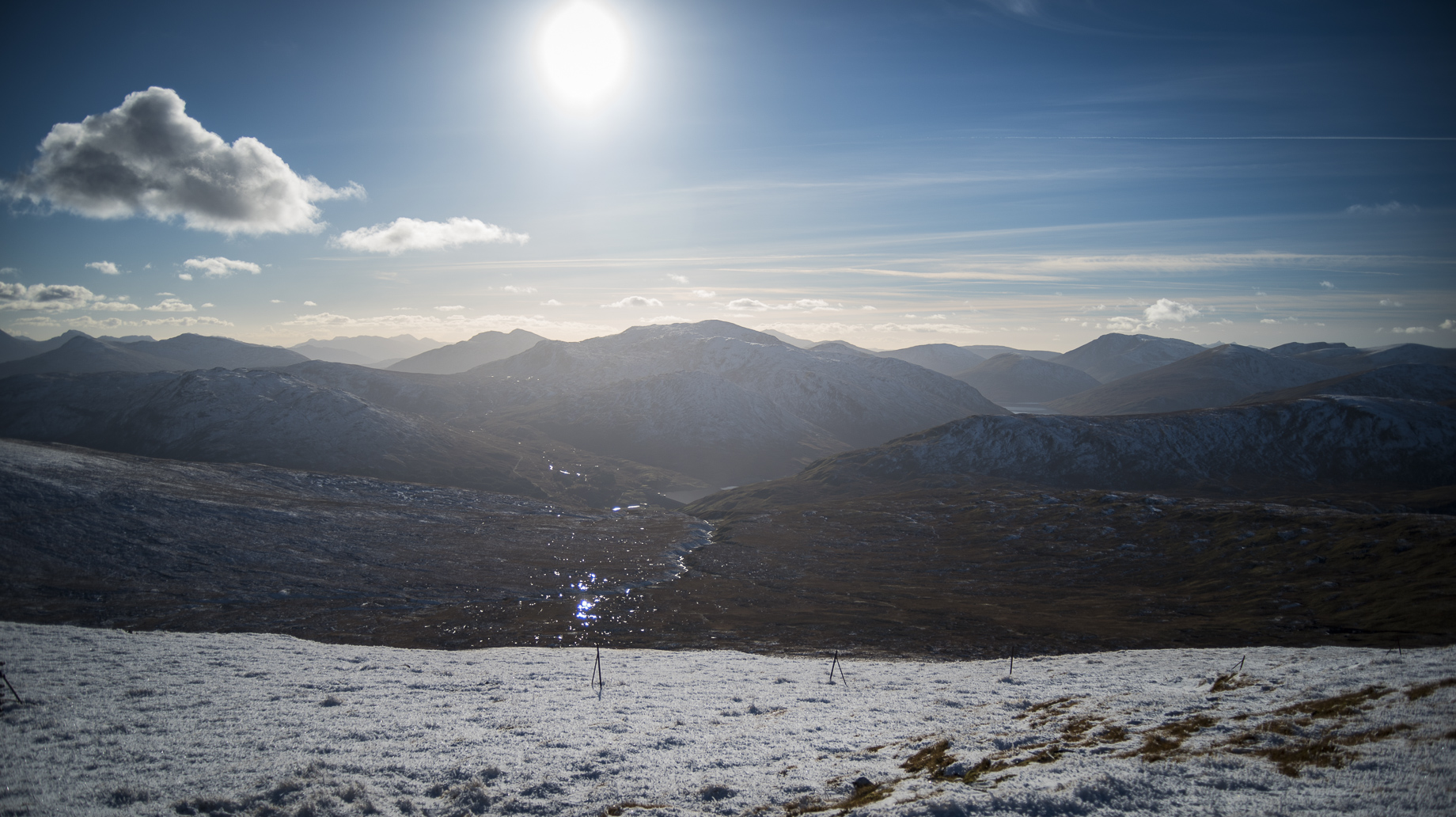 Ned
Cracking post, keeping fingers crossed for the season. 6” to your left would have been an epic pic. But sun stars are magic. Weight versus fun factor? Trade off between a stove, water/snow and brew up versus Thermos and ready to drink tea/coffee/whatever. I have opted for the latter in recent years.

Prev Plastic Fantastic Lobster Telephone
Next Coming up after the break